The old Roman roads still serve, though they’ve been repaved a few times in the last few millennia. We left Rome on the Via Aurelia (which goes up the west coast from Rome to Genoa), heading for a friend’s summer house in Marina di Bibbona in the Maremma region of Tuscany. Marina di Bibbona is a resort town with little to recommend it unless you’re there for the beach. Our friend commented that, since the tourists who come there are mainly German, there aren’t any good restaurants. <grin>

Leaving Marina di B., we headed east to Volterra, originally founded during the 8th century BC by the Etruscans. Like many such towns in Italy, it is richly layered with the accretions of successive conquering cultures.

A long-exploited natural resource of the area is alabaster, found in the surrounding hills in the form of large and small nodules embedded in clay. The artisans of Volterra carve this soft, luminous stone into urns, tabletops, lamps, statues, and chess sets. The most interesting work we saw was a chess set with pieces in the liknesses of film stars (Marilyn Monroe for the queens, John Wayne for the knights, etc.). The board was made of separate, undulating strips of celluloid – all carved from alabaster, of course. 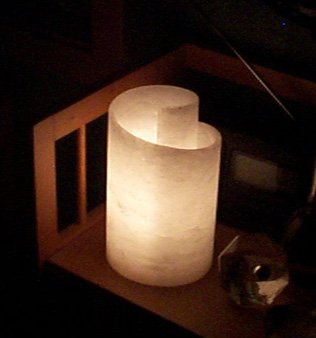 Some Lesser-Known Places to Visit in Italy

Castelli: Traditional Ceramics from the Hills of Abruzzo