During the Imaging in Italy course I attended in Rome in October, 2003, I was much taken with the ancient signage I found all over – both the lettering and the language were charmingly antique.

Several were on the theme of “do not litter”, in this case “on pain of ten scudi (coins) each time”, by authority of “The President of the Streets” – a grandiose title, in some cases further amplified with epithets like “illustrious” and “righteous”. 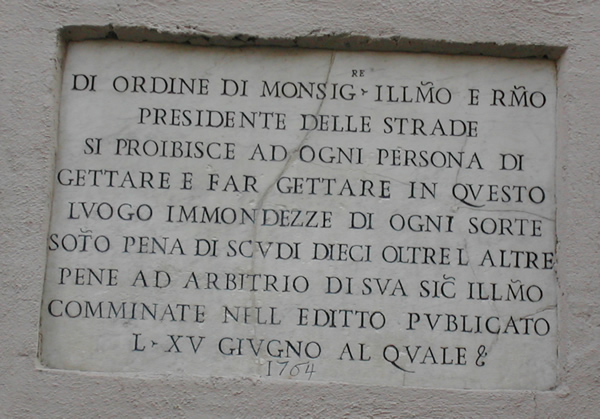 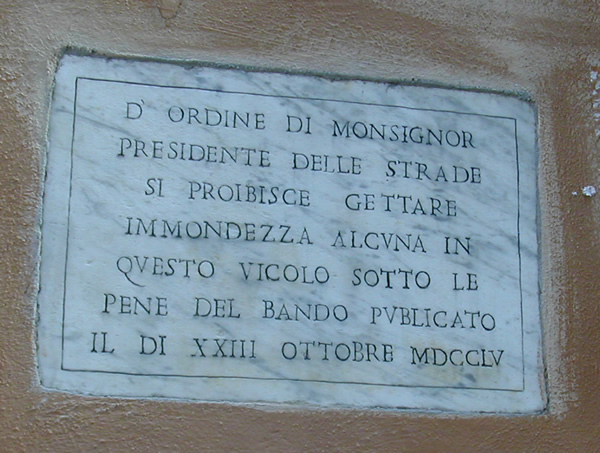 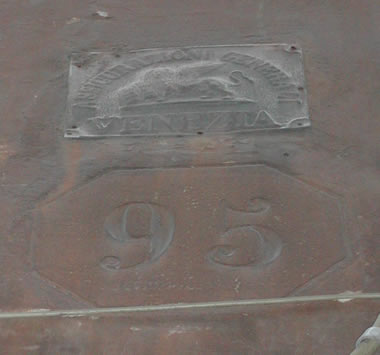 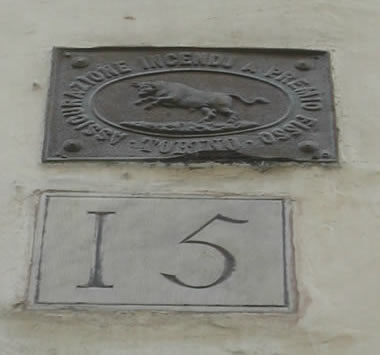 ^ It appears that it was at some period customary to put a plate on your home indicating who insured it! Note that both of these logos are still familiar in the modern Italian insurance industry.

This plaque denotes one of the ancient quarters (rione) of the city, with its symbol, a gryphon. 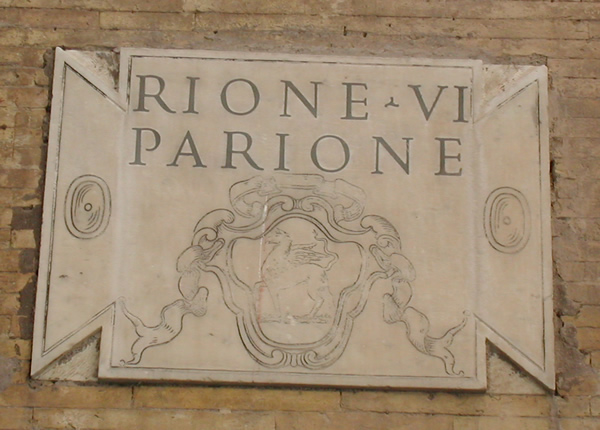 Flowers on a Windowsill

One thought on “Roman Street Signs”