70 million blogs, and thousands more “professional” news sources online, collectively produce billions of words every day. I rejoice that so many people are able to publish their thoughts and seek an audience, at low or no cost – information is good, freely shared information even better.

But I cringe at the abuses I see daily heaped upon the English language. Not “just” by bloggers, but also by journalists and others who should know better, working for news organizations that once upon a time had copy editors on staff.

Why should you care about excruciatingly correct grammar, spelling, and word use?

The very least you can do, as a courtesy to your readers, is to use a spelling checker – which is so easy that leaving misspelled words in your writing shows contempt for your readers and, indeed, your own work.

However, there are some kinds of mistakes that a spell check won’t catch: such as when a word is spelled correctly, but used in the wrong place. This happens most often with homonyms (words that sound the same but are spelled differently). Here are a few commonly-abused homonyms that you can easily learn to use properly:

Impact used to be a noun: “The impact of his speech was enormous.”

Impact as a verb: Twenty years ago, the only thing that could be properly said to be impacted was a wisdom tooth or a bowel. Nowadays, everybody uses it as a verb (“That’s going to impact our bottom line”), a usage which has crept into the general language from bureaucratic Pentagon-speak. Ugh.

bate means “1 : to reduce the force or intensity of : RESTRAIN <with bated breath>” (Webster’s online)

bait to entice or lure, as in fishing.

If you’re really waiting with “baited breath”, you just keep on waiting – ain’t nobody gonna kiss you!

Flair is a noun, meaning a certain talent or ability: “As a child he had a flair for numbers, so he grew up to be an accountant.”

Flare is a verb, meaning to flame up: “Tempers flared on the field after the ref’s disastrous call.”

But it’s also a noun: “The soldiers broke the darkness by sending a flare into the sky.”

Horde, a noun, means a large group: “A horde of locusts descended upon the field.”

Hoard can be a verb, meaning to amass or hold aside something so as to accumulate a lot of it, or a noun – the mass so accumulated: “The dragon slept on his hoard of gold.”

(Confusingly, Genghis Khan’s Golden Horde refers to his army, not to any treasure they may have carried with them.)

Any third-grade English teacher worth his or her salary should have taught you this, but it seems to be forgotten by many.

It’s true that ‘s indicates a possessive when tacked onto most nouns: “The boy’s ball was in the dog’s mouth.”

To indicate possession by an it, use its: “The dog had the ball in its mouth.”

Lay is a transitive verb: you have to do it TO something: “Lay the gun down on the floor and move away slowly.”

It is often confused with lie, an intransitive verb meaning “to be or to stay at rest in a horizontal position“. Therefore, “Do you need to lay down for a nap?” is incorrect.

Don’t be confused by the children’s prayer “Now I lay me down to sleep” – lay is correct here because the child is (somewhat archaically) laying himself (his body) down. (That the child is then called upon to contemplate the possibility of his own death during the night strikes me as not likely to produce sweet dreams!)

NEW! (Because frequent mis-use of these is making me crazy.)

Lead, pronounced LEED, is the present tense verb, as in “to lead the pack.”

Spelled led and pronounced LED, it is the past tense of that same verb: “The old wolf led the pack until she died.”

Spelled lead and pronounced LED, it is a metal, as in “He killed Colonel Mustard with the lead pipe in the studio!”

Therefore, constructions such as “That question has lead a group of researchers to examine…” are WRONG.

Peak is a noun for the top of a mountain: “Tenzing and Hilary scaled the peak of Everest.”

It can also be a verb, meaning to reach a height (from which you/it/something will then descend): “Brangelina fever peaked when…” – oh, who cares!

Peek can be a verb – to take a quick and/or clandestine look at something. In the UK, it’s synonymous with peep. “The children snuck down the stairs and peeked into the room to see what Santa had brought them.”

It can also be a noun: “Take a peek through this keyhole.”

Pique is most often used as a verb. Derived from the French piquer (to sting, prick, prod), it means to stimulate: “Her curiosity was piqued by the bartender’s odd behavior.”

But you can also have a fit of pique (irritation).

What you cannot do is to have a sneak peak (a sly mountaintop?) or to have your interest peaked (though your interest may peak of its own accord).

Both are verbs, both can be used with “over”.

To pore over means to read or study attentively: “She pored over her notes for hours before the exam.”

To pour means to cause to flow in a stream: “He poured maple syrup over his pancakes.”

If your student is pouring over her notes, you’d better make her take a break! 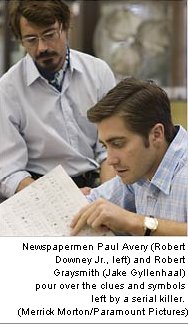 above: even the New York Times makes this mistake

The prostate is a strategically-placed male gland.

Prostrate is an adjective – (prone, lying on the ground: “They saw his prostrate form on the mountain path.”)) – or verb (to lie down on the ground, usually in front of somebody – “He prostrated himself before the golden idol.”)

Don’t confuse these two. The mental pictures conjured up are just too painful.

Reign is a noun meaning sovereignty or rulership: “During the reign of King Henry VIII…” Reins are what you attach to the bridle of a horse to steer by. “Free rein” means to give someone liberty to do as he likes. “Free reign” is an oxymoron.

I have not yet seen anyone offering “free rain,” and hope I never do!

Tenants are the people who rent a place from you. Tenets are beliefs. You probably don’t hold core tenants, unless you need that rent money very badly.

Than is a conjunction “introducing the second element in a comparison” (Webster’s New World Dictionary). “Mumbai is hotter than Miami.”

Then is an adverb, often (but not always) meaning “at that time” or “next in order of time”: ” “We’ll have dinner, then go to a movie.”

NEVER “I’m bigger then you are.”

Their – Possessive pronoun meaning “belonging to them”: “The kids wore their uniforms on the bus on the way to the ball game.”

There – That place: “When they got there, it was raining.”

They’re – Contraction for “they are”: “But now the sun’s out and they’re going to have a great game.”

Theirs – Possessive pronoun again: “They said that no ball of theirs had ever had stitching like that.”

There’s – Contract for “there is”: “Now there’s going to be an investigation by the Little League.”

The correct phrase is “wreak havoc”, wreak meaning “to cause,” “havoc” – devastation or disorder. To “wreck havoc” would presumably be a waste of time – havoc is already pretty much wrecked. To reek havoc? Let’s not even go there.

Here endeth the lesson. For today.

Feb 10 – Thanks to Jackson Day for the affect/effect grid and David Bratt-Pfotenhauer for some more pet peeves!

Publish Yourself on CD-ROM

Performance Analysis: new tools and concepts from the cloud

2 thoughts on “When a Spell Checker Won’t Save You”