The garden has been largely left to its own devices in the last six weeks, and is thriving. We’ve had monsoon-like rains almost every day for weeks, so it certainly doesn’t need watering, and the vegetables are large enough now that they’re mostly holding their own against the weeds. Only three of the six zucchine plants survived: two at the bottom of the retaining wall, one in the main flat part of the orto. It looks as if the latter plant will be more productive, probably because it gets more sun. Six or so eggplant plants remain after attacks by beetles and slugs – we had a lot of beetles this year, I’ve never seen the like in Italy! – and are just now flowering: 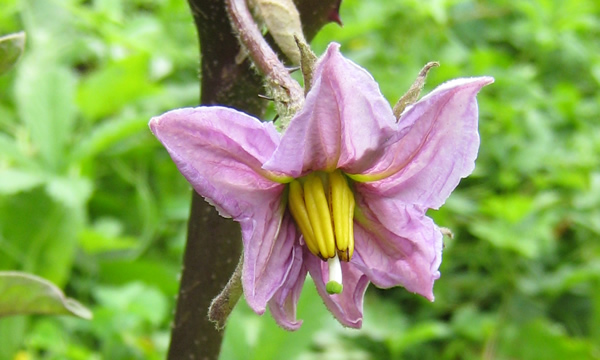 We have lots of tomato plants, though a couple of them are hard-pressed to find sun around the enormous leaves of the broccoli plants. The broccoli had better be damned productive (in fall/winter) – they take up a lot of room! broccoli plants (the yellow blossoms in the center are zucchine) – compare with their size earlier!

The fennel stopped producing bulbs and got long and stalky, then it flowered. I pulled out most of it as it was shading out the lettuce, parsley, and green onions. But it’s so pretty I left some just to look at.

While I was away in May nobody dead-headed the roses, so the plants put all their energy into seeds and stopped blooming. Now that I’ve been cutting them back savagely, they’re starting to bloom again, though not as spectacularly as before. 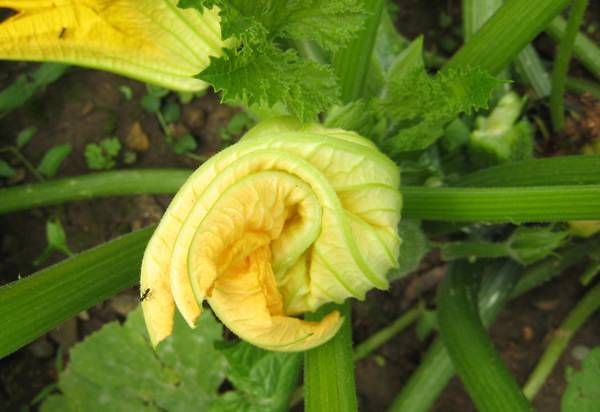 zucchine blossom – the plant produces male and female flowers. The female ones turn into zucchine, the male flowers do not, so are eaten as flowers – stuffed with ricotta cheese and fried in batter, if you’ve got the cooking skills for that (I don’t) 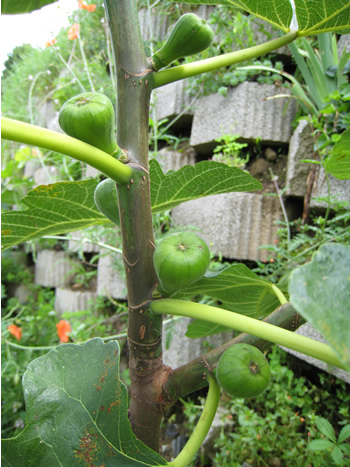 a promising crop of figs – yum! 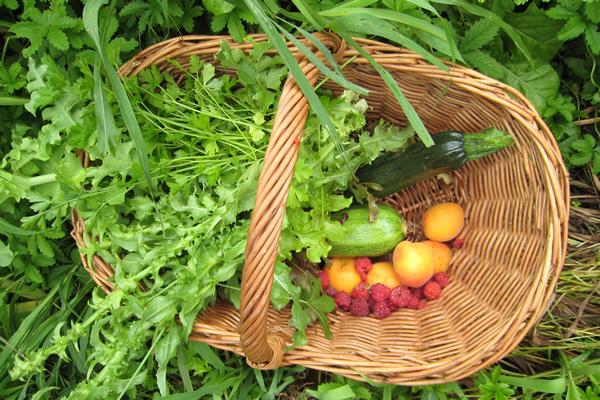 Jun 15, 2007 – today’s harvest from our garden: leggy lettuce (the turtles like it), parsley, zucchine, apricots (all we’ll get this year – 6), raspberries

photo at top: herbs for sale at an Italian garden center

A Lifetime of Gardening