After the phenomenal dinner at Symposium, Susan and I shared a room at the Villa Cartoceto B&B. Though it’s a lovely place and I probably would have enjoyed it in other circumstances, I conclude that the old village houses in this part of Italy are built to withstand cold (or maybe invaders) rather than heat: our room was an oven, and by the time we got back after dinner (2 am) it was far too late to ask our hosts for a fan. We left both windows open, but there was hardly any breeze. I woke up at 5:30 am and sought relief on the rooftop terrace. If there’d only been something to lie on, they’d have found me still out there when they came to serve breakfast.

The view (above) did make up for quite a lot.

After breakfast we had some hours to kill, so we went to have a look at the village (which proved to be almost entirely stone and brick), on a day of record heat. It’s no wonder that we had the place practically to ourselves. 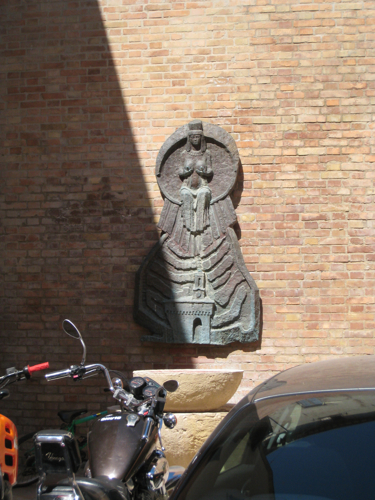 ^ This goddess sort of person sits atop a map of the town and one of its churches. Very mysterious.

I love the geometry of Cartoceto. There’s a lot of very tasteful (and very expensive) reconstruction going on – I wonder who’s behind that, and why. There is really not much to look at in the immediate town, no particular monuments (we couldn’t look inside the churches because we were not appropriately dressed).

Many of the houses were being beautifully restored, though few seemed to be inhabited that day. 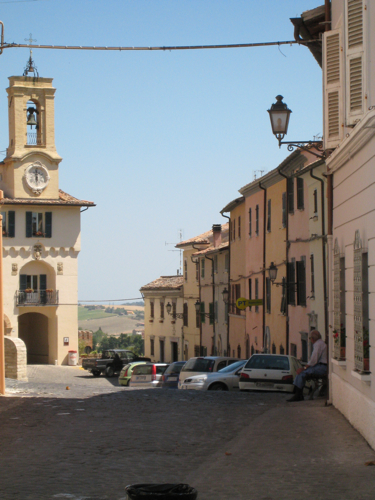 To give you an idea of the verticals, the photos above and below show the same man. He didn’t move for at least an hour. Not that I blame him: in that heat it was wiser to sit still. 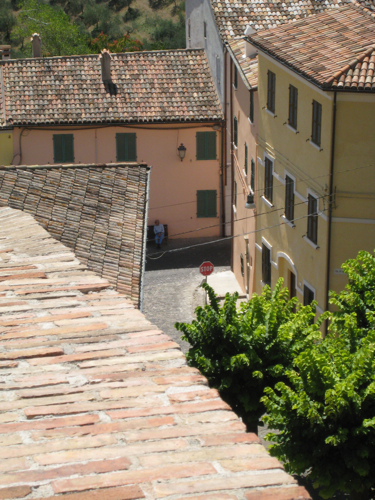 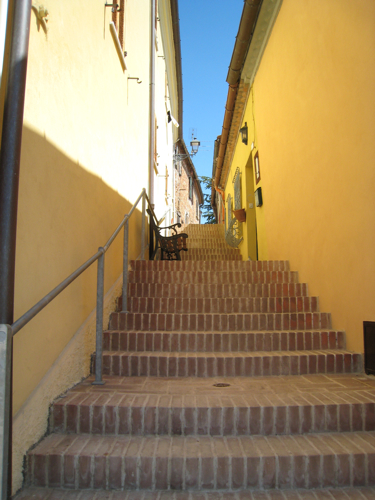 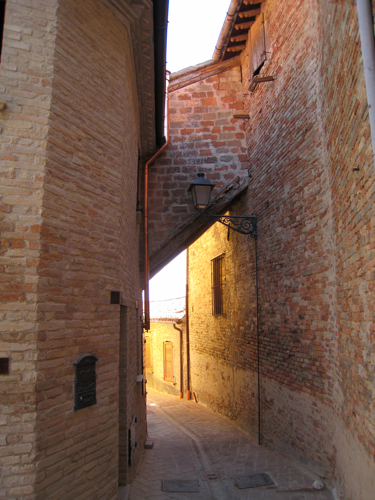 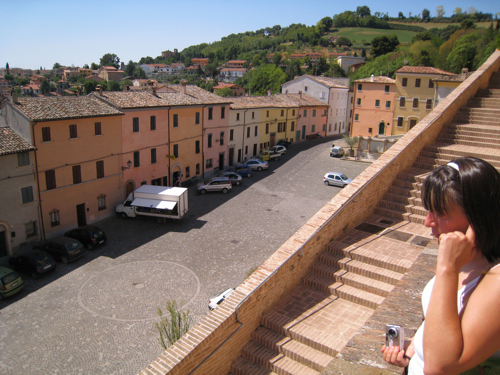 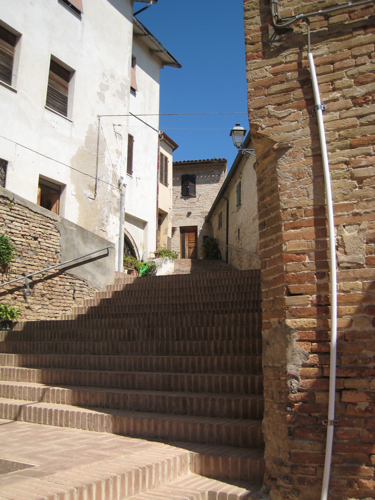 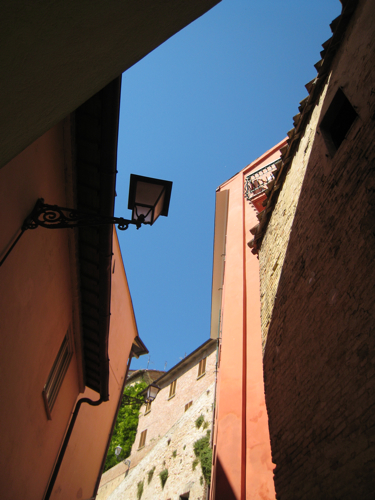 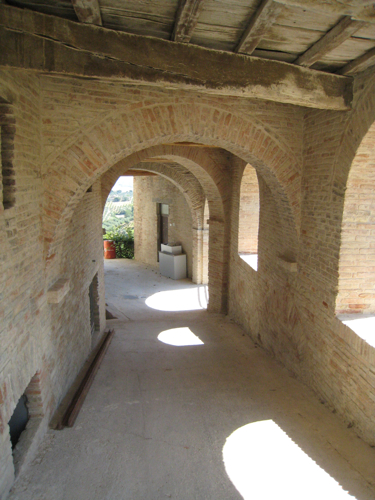 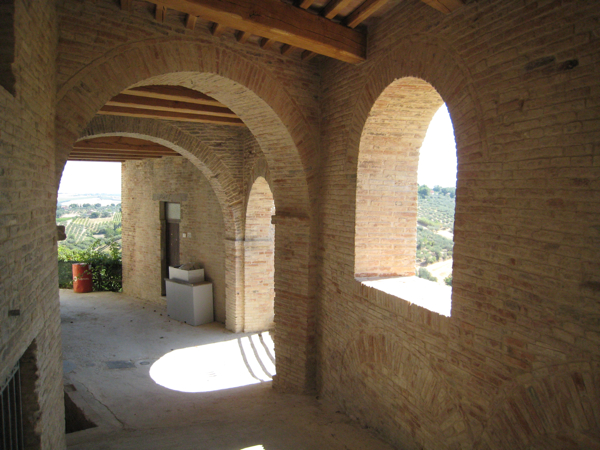