After the general party at Moscone Center (footage to come), there was a somewhat smaller party at a nearby bar/restaurant. 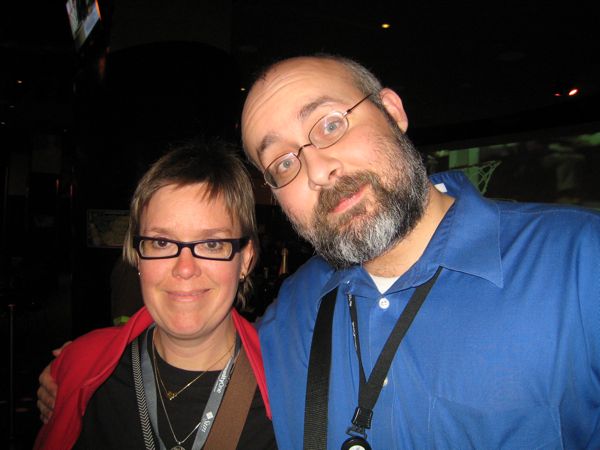 A number of cool non-Sun people were present, including ^ Jay Edwards (one of the handful of engineers who runs one of my favorite online services, Twitter). I had to have a photo taken with him, to impress all my Italian twithead friends. 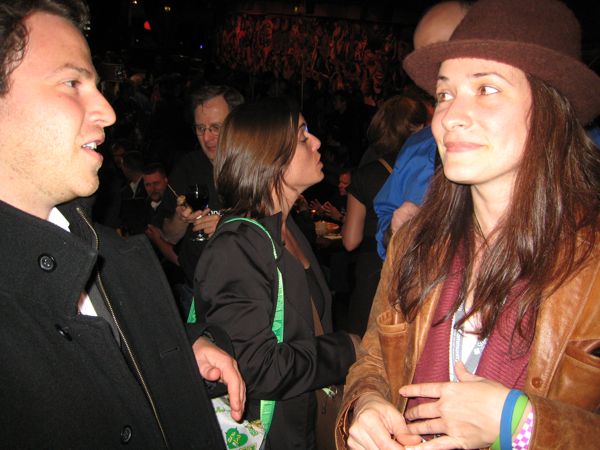 ^ Jesse Silver, who had done such a fantastic job organizing the Developers’ Summit, and Silona Bonewald, whom I’ll be seeing more of at next week’s Grid & Cluster conference. Silona is wearing our trendy green and blue opensolaris wristbands. 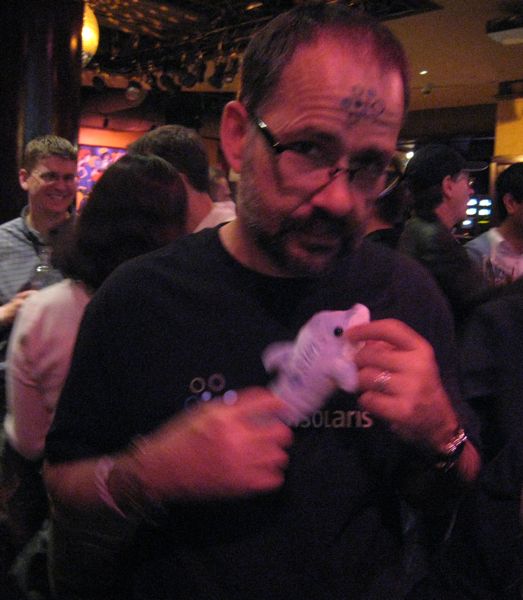 ^ Jim Huges unites opensolaris (temporary tattoo logo on his forehead) with MySQL’s dolphin mascot. Hey, I didn’t get one of those! (Nor did I get one of the very cool “Build your community” t-shirts from CommunityOne, wah! But I do have two different opensolaris t-shirts.) 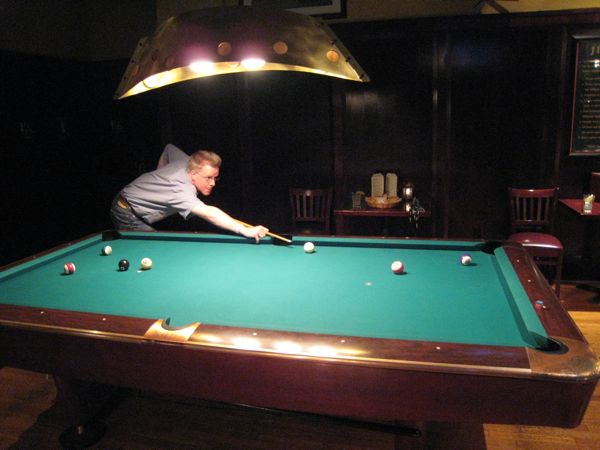 Jeff Bonwick and Jim play an intense game of pool. 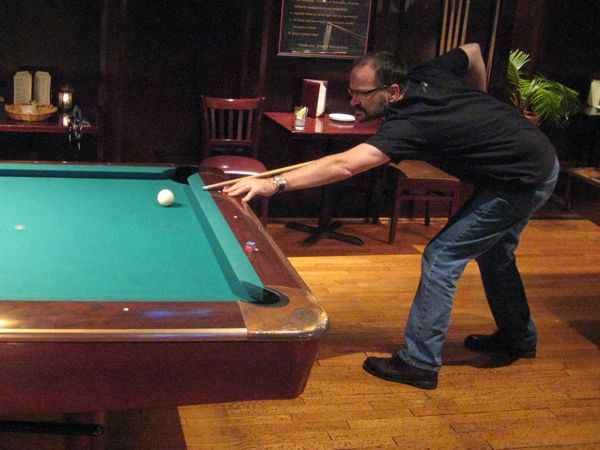 The Last of OpenSolaris