This trip began with a mad rush to the airport. I’ve been booking and taking so many flights lately that, not surprisingly, I got confused over the departure time for this one: thought it was 6:45, but as we got in the car and I did my last-minute paranoia check, I realized the flight would take off at 6:15.

Enrico managed to get me to Malpensa in time for a skidding rush to the counter to check in my enormous pink suitcase – it helped that I had already checked myself in for the flight online. I then proceeded almost directly onto the plane, with only a brief stop for an indispensable espresso and a pastry.

During my three-hour layover in Amsterdam I took advantage of my Platinum-for-life status with KLM (the fruit of six years of four flights a year in business class, back during the dotcom boom) to use their lounge, which was unpleasantly crowded but at least had free WiFi.

I think it was also my Platinum status that got me the best seat in Economy class: aisle seat behind a short row so there was no seat in front of me at all – legroom galore! I could even have worked on my laptop, but I didn’t. I watchedAaja NachleÂ on the video-on-demand system, and read aÂ MontalbanoÂ book that I had somehow previously missed. “snack” served just before landing. The food wasn’t quite what I was in the mood for at that hour, but the greatly reduced and presumably recycled packaging was interesting

A driver sent by Momotours met me at the airport and took me to the same apartment where Ross and I had stayed in December. I slept fitfully for a few hours. In the dawn I heard a strange bird call. Now that I’ve looked it up, I suspect that identifying it as aÂ koelÂ is probably wrong (though the call sounds like that to me). Can anyone tell me what bird this is (it doesn’t appear in the video – I could only hear it, not see it)?

The driver came back and took me to Old Delhi Railway Station, which was soon bustling with travellers. I chatted with a young American couple who moved from the US to Dehra Dun and are running Himalayan hiking tours from the US – they were escorting a group of people just arrived from Tennessee. Indian tourism is booming in all directions! 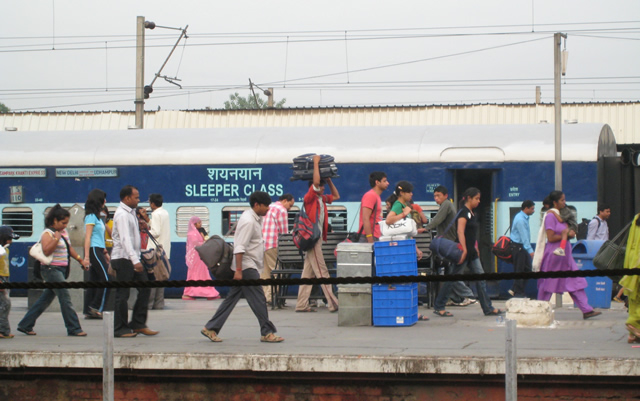 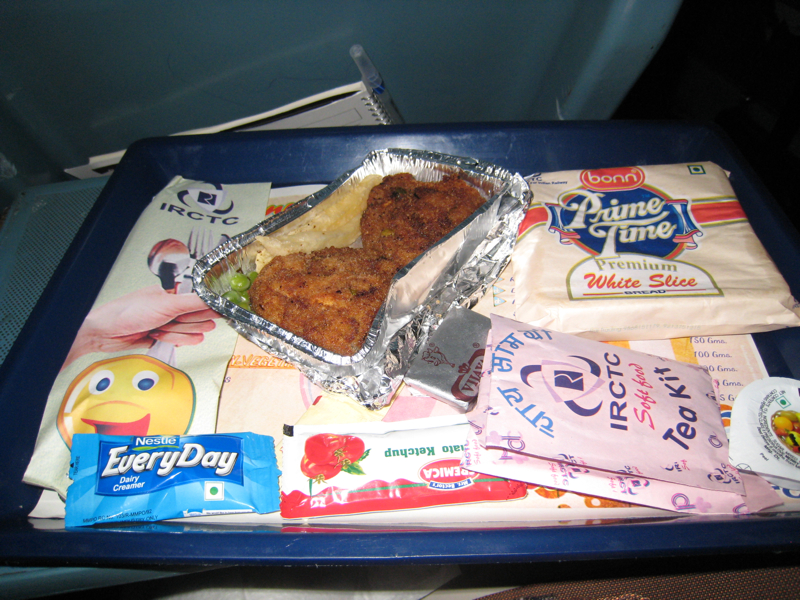 “Premium white slice” refers to bread. I never butter my bread in Italy, but in India the butter tastes better to me.

The train arrived on time (not always the case), and another taxi picked me up for the ride to Mussoorie. Getting out of the messily booming city of Dehra Dun seemed to take forever; I amused myself taking pictures. 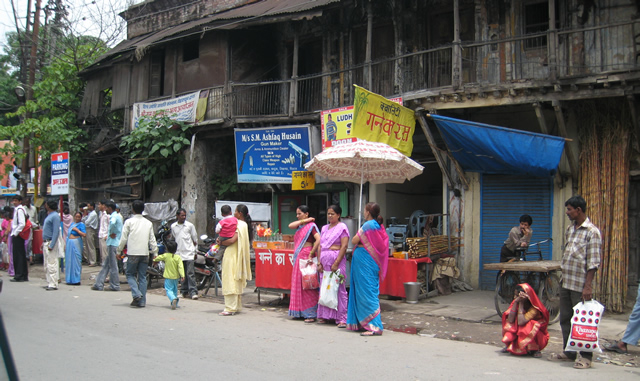 Indian sign painters never seem to think of checking their spelling. A small panel at the bottom rear of a beautifully-painted truck in Delhi was inscribed: “Pewor Brecks”. I had to think hard about that one.

The Taj Mahal, Then and Now

Seen from an Indian Train