One of my tasks since I first began working for Sun in 2007 has been to help and encourage others (mostly engineers) to communicate in various ways, including blogs.

There are many blogs at Sun (check the lower right corner of that link for today’s numbers) [well, there were at the time this was written], but, as I quickly discovered when I began analyzing their traffic and statistics, many were effectively dead: no posts since an early push to get everybody blogging in late 2005.

Not everyone turns out to be a natural blogger (and we’ve all been awfully busy), but I suspected that some could be brought back online with just a little encouragement. So I’ve been taking steps.

My first step was to gather and publish (internally) monthly statistics on blogs related to the Solaris software engineering group I work for. At the time these fell into three broad categories, which I tracked separately: storage, high availability (cluster), and high performance computing.

To further engage their attention, I set up monthly Omniture reports to be emailed automatically to each of “my” bloggers, showing their traffic for the previous month, and, in rank order, their most popular posts from the previous six months. This latter was to encourage them to think about refreshing old blog posts.

I also published and circulated some blogging tips. And, whenever I happened to meet one of my bloggers at a conference, etc., I tried to have a conversation about blogging, to gently bring them back into the fold.

All of that worked – a little. A few moribund blogs came back to life, a few people posted more often than they otherwise might have (the real effect of this kind of “awareness campaign” is hard to quantify).

In October, 2008, I decided to try a new approach: a monthly contest. Here’s how I described it to the (involuntary) participants:

For each of the blogs I track, each month I check how many posts were made in that month, how many total page views the blog got, and the percentage increase/decrease in page views over the previous month. Whichever blog publishes at least one post in a given month AND shows the greatest percentage increase (among its blog category [storage, HPC, cluster]) that month will win a prize: a nifty t-shirt I had made up with help of Sun graphic artist Dwayne Wolff.

Basing the contest on a percentage means that you don’t have to be
Jonathan or Jeff Bonwick to win [at the time, Jeff was the most popular storage blogger; these days, thanks in part to that video, (see it on YouTube) it’s Brendan]. Even if your blog doesn’t (yet) get a lot of traffic, the goal is to improve over your own personal best.

It was hard to quantify results from this, as well – again, everyone’s busy, and we’ve lost some key bloggers. But we had fun with it and people did like the shirts (in fact, a number of bloggers I wasn’t tracking, who therefore weren’t eligible, wished they could have them; in hindsight I should have made more).

Some of the shirts went on a contest to encourage people all over Sun to blog about the launch of Fishworks last November. This wasn’t strictly necessary, as the Fishworks team had the matter well in hand themselves, but it did help raise awareness across the company about a hot new product line. The first 20 people to publish blog posts on/after the launch date got t-shirts. They were supplied with the standard marketing messaging, etc., but no one was lazy about it: each of the bloggers found something different and personal to say about this launch.

After a week, I ran some stats and gave OpenSolaris logo-engraved iPods to the writers of the three posts on the topic which had gotten the most page views to date.

Now I’ve requested photos of all the winners in their t-shirts. Predictably and amusingly, they’re competing to be creative about it: 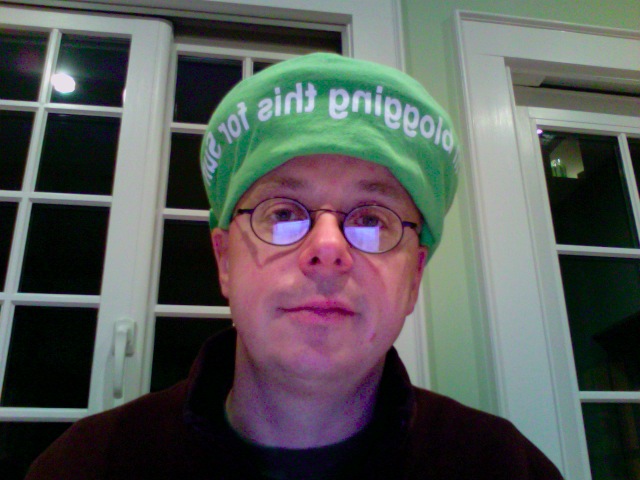 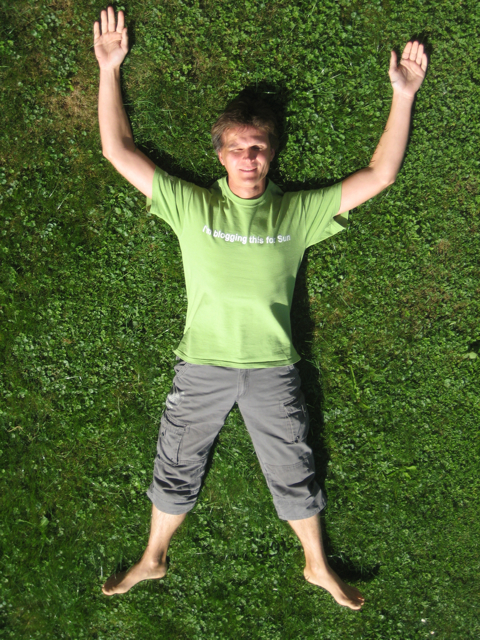 The shirts that remained by early June were given to the OpenSolaris User Group leaders who participated in our bootcamp in San Francisco (the photo at the top of the page shows me at that same bootcamp, taken by Jim Grisanzio): 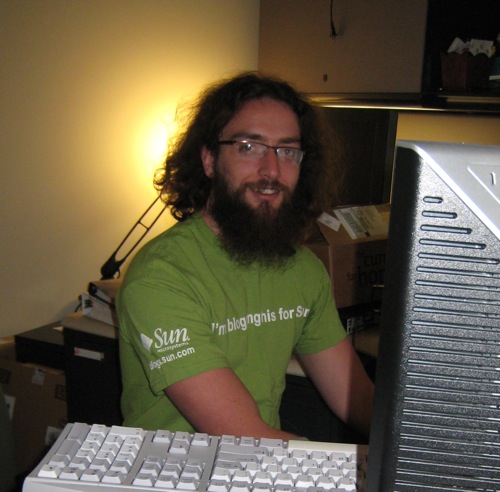 VitÃ³rio Sassi took his back to Brazil and used it for marketing at FISL: he had a guy running around wearing the t-shirt taking photos and videos – blogging this for Sun.

I’ll add more photos as they come in – you know who you are and whether you have a shirt you need to send me a picture of! 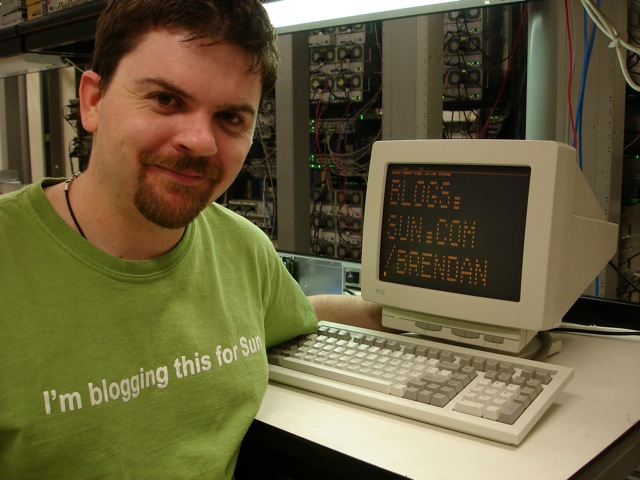 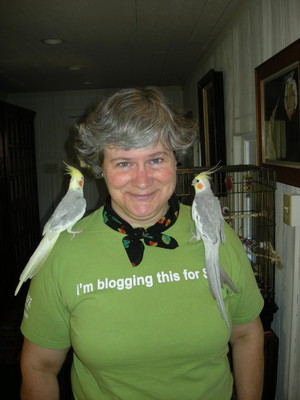 ps the solution for those who don’t blog? I stick ’em in front of a video camera.

Why a Systems Performance Book?