2011 was a rough year in many ways, but I did have a fantastic vacation in India! Here’s an outline, more detailed articles to follow (er, sometime…). 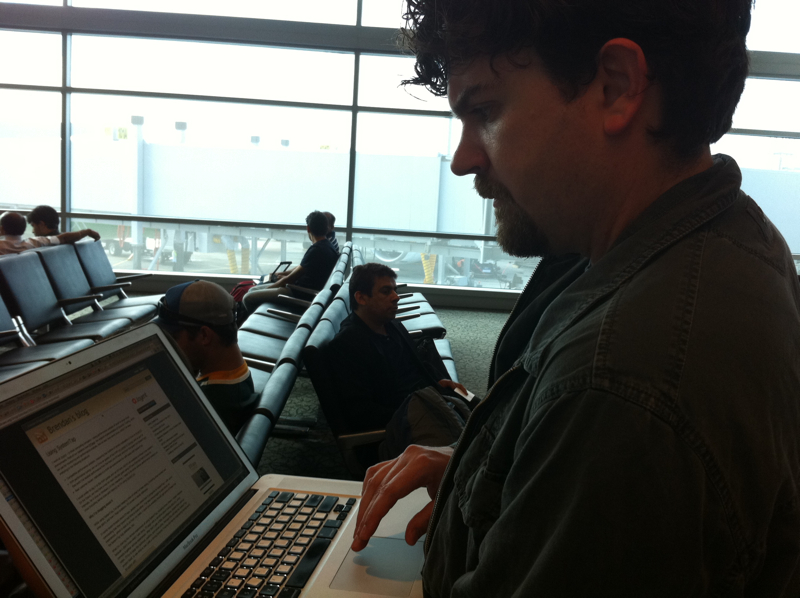 As his last piece of work before vacation, Brendan had to get that blog post out. We were actually standing in line at the gate when he finally posted it.

We flew Emirates Airlines from San Francisco to Dubai to Delhi – polar route FTW! Emirates has a great seat-back entertainment system, including views from cameras mounted under the plane’s belly and on its nose – so we could see a lot even though we didn’t have a window seat. When the cabin lights were dimmed for sleep, constellations appeared in the ceiling panels – a nice touch. 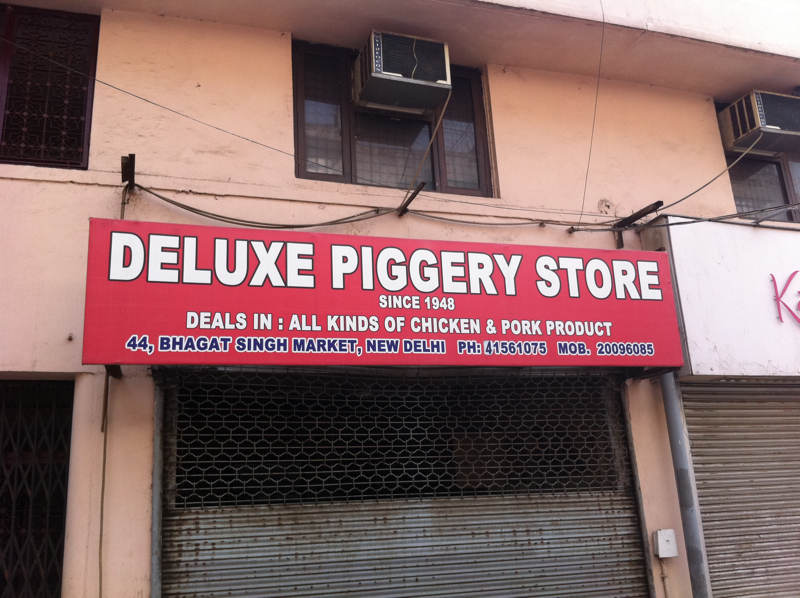 Saw my first ever live cricket match between teams of alumni, spouses, offspring, and friends: 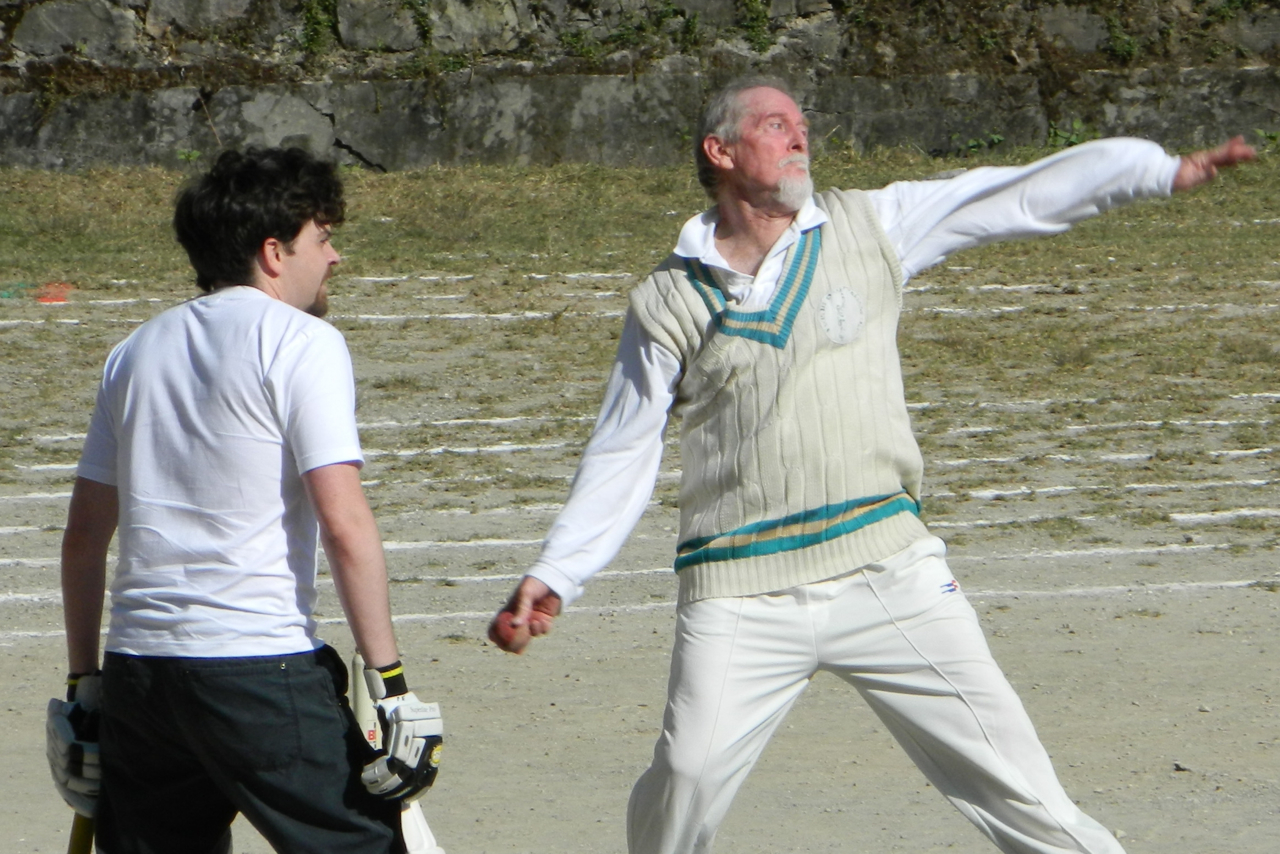 We took a taxi from Mussoorie to Dehra Dun airport – a much longer journey than I had bargained for. Then, in the last kilometer, we ran into a roadblock:

After a short plane ride to Delhi, we were met by a car from Uday Tour, which drove us another three hours to the Hill Fort, Kesroli:

Another driver from Uday Tour came to take us to Agra. I had not travelled by road in India (other than Dehra Dun-Mussoorie and back) for some time; it gives a different perspective on Indian life. I was very surprised to see this example of Indian wildlife – a nilgai – just off the road: 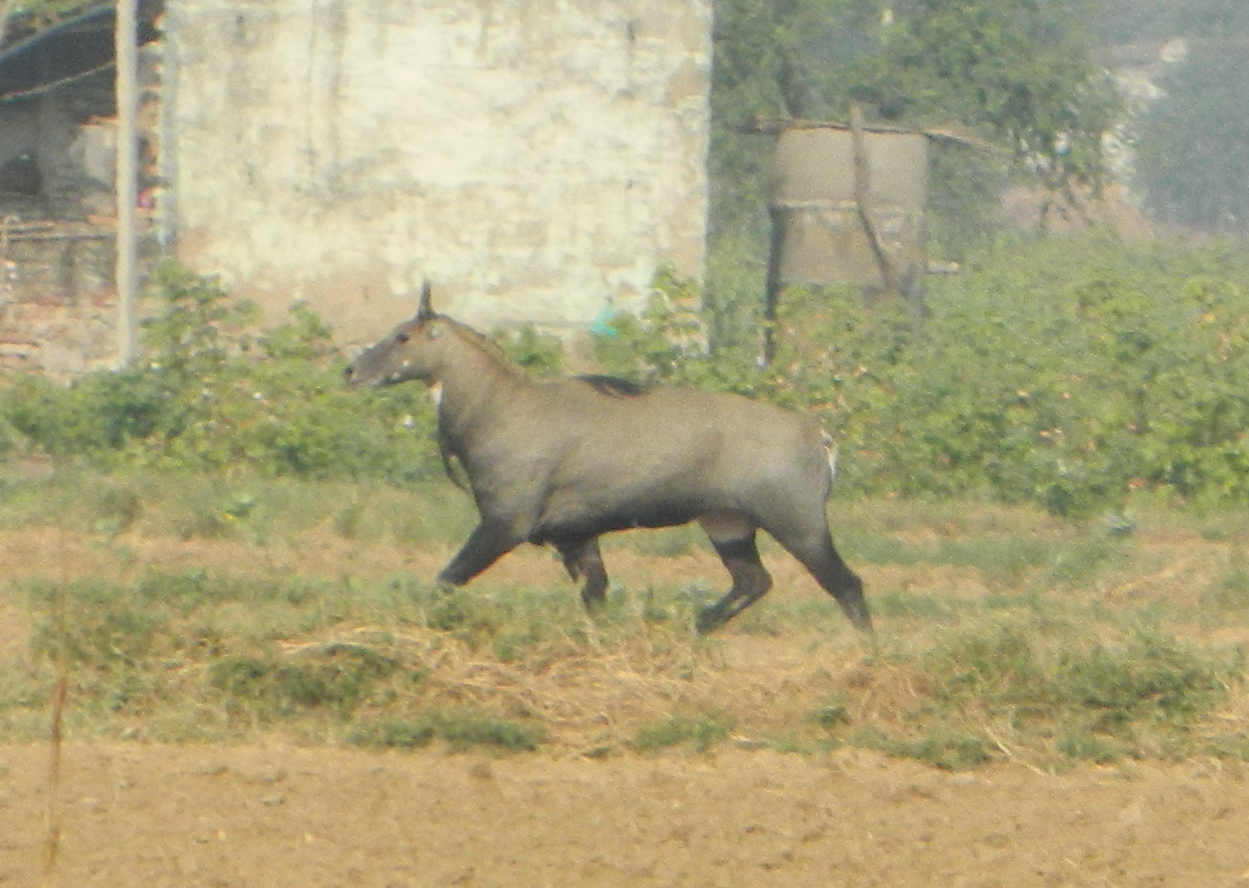 We stopped en route at Fatehpur Sikri, then went on to the Taj Mahal – my first visit in thirty years.

On the way out of Agra we saw the Red Fort, where I got a video snip of a Chittering Chipmunk. We drove straight to Delhi airport (about five hours on the road), and flew to Bombay.

Left for the airport around midnight Saturday for a 3 am flight. Connected through Dubai again, then on to one of the worst flights of my life – yelling kids whose parents seemed to have no notion of even attempting to calm or quiet them… Finally, back to SFO and “real life” – whatever that may be!

Morning at the Hill Fort, Kesroli