It somehow works out in my life that, no matter what kind of crisis I’m experiencing, I have expert advice available among my circle of friends. One such is Shridar Ganesan, who became a friend long ago when he married Mithu, whom I’ve known since our study abroad year in Benares, even longer ago.

Shridar is a physician and breast cancer researcher. When my mother-in-law got breast cancer in 2001, he advised us long-distance on the diagnosis and treatment that she was given; it was also he who recommended Dr. Susan Love’s Breast Book

at that time, which was why I immediately bought it (again) when I received my own diagnosis.

I also immediately emailed Shridar and Mithu, from Paris, with the subject line: “My turn.” Their counsel and support throughout this has been hugely important – it’s been comforting to have a second opinion on the physicians I’ve been working with and the treatments they have recommended, and to have further expert information about what’s going on with me. Shridar and Mithu: Thank you both!

Jan 15, 2015: Had an echocardiogram this morning, to get a baseline on the condition of my heart before starting chemo because, as the technician said: “Chemo and the heart don’t get along so well.” He was from Byelorussia, and we chatted about traveling in that region. “Russia, Ukraine, Byelorussia all ok, but in China – they’ll just make you disappear!”

Then bloodletting and “chemo teach” at the oncology center. The potential side effects of all the drugs are very scary. The one that disturbs me most is possibly irreversible peripheral neuropathy from Taxol. Discussed it with Shridar, he suggested a series of lower weekly doses over 12 weeks instead of 4×2 weeks.

Having to learn about cancer is emotionally exhausting. Brain just wants to shut down. Not something I ever wanted to develop expertise in. 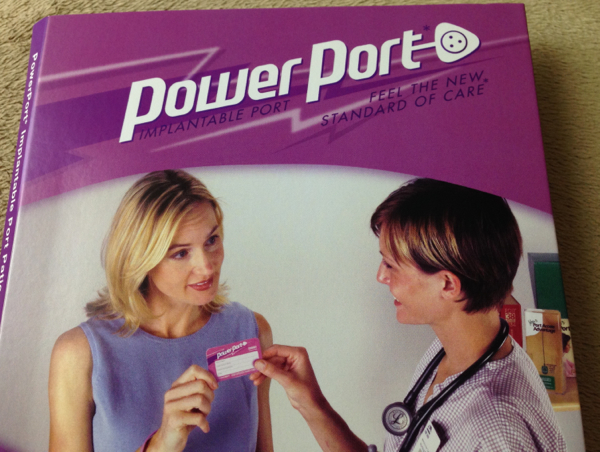 Jan 20 – Port placed. I don’t remember the first half or so of the procedure – as before, Dr Mirza said he was giving me something to relax me, and things pretty much went blank for a while. When I came to, the world was blue. They had told me they would be putting sheets all over me, so that was not a surprise. I was immediately uncomfortable; there seemed to be a roll of towel under my spine, and my left shoulder was twisted back and held with the shoulder blade tucked under, exacerbating a pain I often get from sleeping “wrong.” Eventually I asked them to remove the towel under my spine, but the shoulder was unpleasant until everything was finally done.

I could hear Dr T being not entirely happy with the placement of the port. Eventually, after an x-ray (routinely done right after the port placement anyway, to ensure a lung has not been punctured by the end of the catheter) and a CT angiogram the next day, it was concluded that the port could have stuff put into it, but not aspirated out – not a big problem, apparently. Dr T advised Dr L (the oncologist), and I told the oncology nurse about it before starting chemo, so everyone knows what to expect.

Hours later, this is pretty fucking painful. Hope the Percocet kicks in soon.

So this becoming a cyborg business is painful. Hello, percocet…

Having a lump of titanium under your skin and a foot of catheter through a vein takes some getting used to. At first the port slid against the underlying tissues in a very creepy way. The pain was mostly in the shoulder. When I saw Dr T for a follow-up six days later, she said I should have been taking ibuprofen for inflammation, instead of acetiminophen for pain. That helped, plus some mild yoga and turning my uneven mattress around gave the joint some relief. New, fancier mattress coming from Ikea next week for precisely this reason.

I now have a titanium port implanted in my body – that makes me some kind of badass, right? https://t.co/xC4XjM8Mpn

The product leaflet insists that “the color purple” is a trademark. Umm, ok. I thought it was a novel.

Let’s hope I never have to have serious surgery. I do not deal well with pain, in any amount.

I guess having a lump of titanium and a foot of tubing inside takes a while for the body to get used to. Something feels weird and creepy.

Jan 26 – Met with Dr L. Rescheduled the infusions for Thursdays, so that (I hope) the fatigue will hit mostly on weekends. When we talked about side effects and my concerns, he suggested the lower-dose taxol, as Shridar had, so we’ll do that. Which drags the chemo out to 8 + 12 weeks, but worth it to lessen the chance of irreversible neuropathy.

photo top: What the port looks like four months after placement. It has slipped a bit below the original incision, I assume pulled by the weight of the breast. Note that the port is placed on the opposite side to the breast that had cancer.

2 thoughts on “Preparing for Chemo”