Early January is off-season in Port Douglas, and we soon learned why: we arrived to tropical rain like I hadn’t seen in years (possibly decades).

Leaving the hotel for a walk without umbrellas was a mistake, as very quickly became clear: we were drenched to the skin ten minutes out. In the warm, tropical evening that was no hardship (until we got inside the air-conditioned grocery store).

Port Douglas is a small town without a lot of excitements to offer in the evening (not that we particularly wanted any). No, we did not go see the cane toad racing and, more disappointingly, we never managed to get to this pie shop while it was open: 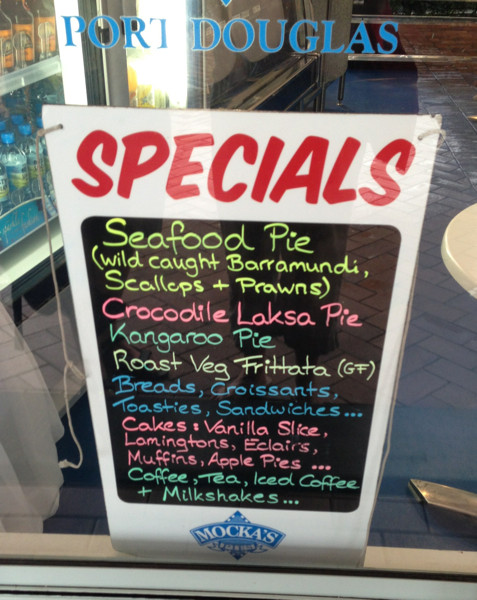 Brendan did manage to find some of his favorite treats at the supermarket: 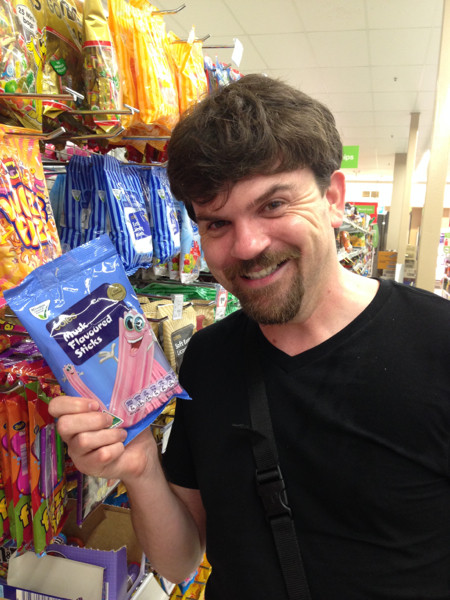 Beach swimming is not attractive during the rainy season, mostly because of the stinging jellyfish. This patch of surf was cordoned off with a boom and net to keep them out, but didn’t look particularly nice anyway; we stuck to the hotel pool. 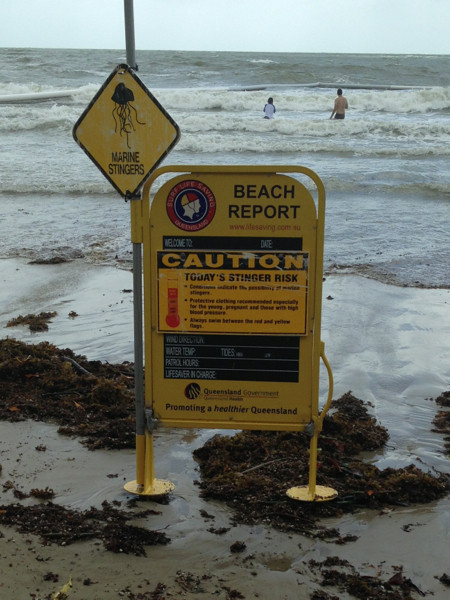 Our main reason for being in Port Douglas was to explore the nearby Daintree Forest and Great Barrier Reef – more on that later!