While visiting Uluru, we did something that was a first for both of us: took a ride in a helicopter.

Like everything else at Uluru/Kata Tjuta, the ride was easy to arrange: we went to the tourist office at the central square, booked it, and charged it to our hotel (we later settled the bill for everything when we checked out).

The views were, of course, stunning –  but the ride itself was also a lot of fun. I want to do that again!

The red desert was surprisingly green; it has received an unusual amount of rain for the last four years. 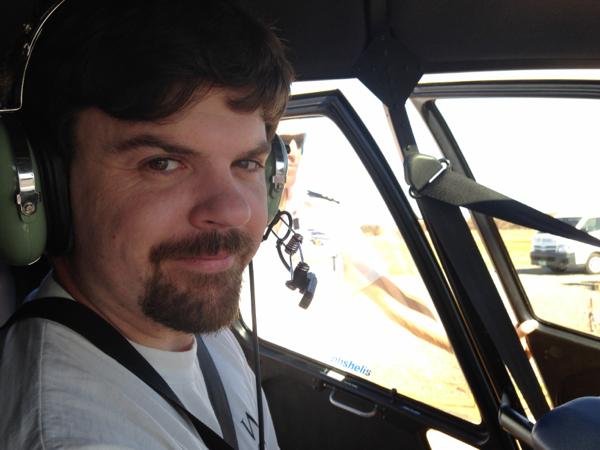 Port Douglas: “Could Be Worse…”