Americans may be the most-photographed people in the world. Many American families, especially those who have children, sit for a formal photographic portrait every year, documenting the stages of their lives as the children are born and grow. (For holiday portraits, some families even dress in matching clothing, which may be taking things a little Read More…

Americans may be the most-photographed people in the world. Many American families, especially those who have children, sit for a formal photographic portrait every year, documenting the stages of their lives as the children are born and grow. (For holiday portraits, some families even dress in matching clothing, which may be taking things a little too far…)

Most American schools publish yearbooks which include an individual portrait of every child, every year, and parents are expected to buy packages of their kids’ yearbook photos to share with friends and family. When I was in school, you had to get the package that included lots of little copies of your picture, to give out as tokens of friendship.

Every occasion in an American child’s life may be marked with a formal portrait: graduation (there are graduation ceremonies for kindergarten!), sports teams, school events and trips, religious rites, proms, etc. It’s quite common in American homes to see walls entirely covered in family portraits and commemorative photos.

Part of the reason, I think, is that many American extended families are geographically dispersed and don’t see each other frequently, so it’s nice to have photos to send to family members and friends far away – I certainly enjoy the Christmas card family photos that I receive. Doting grandparents hang photos of their grandchildren, and insist on giving guests the full tour of the family, which I find very sweet (and informative).

In the Italian homes I’ve visited, I haven’t seen evidence of such a strong tradition of family portraits (nor have I heard of any offer of relatively cheap portrait packages such as you find in the US). But why would there be? In Italy, extended family members tend to live in the same town, same neighborhood, and possibly under the same roof! They see each other all the time – no need for reminders. If anything, they’ll have a few silver-framed foto ricordi (photo memories) from special vacations, and probably a wedding picture, on view somewhere in the house. (Weddings in Italy are photographed and videoed as much as anywhere else – a topic for another article.)

When you do see family portraits in Italy, they may be paintings. After all, many of the paintings in museums today were originally created as someone’s family portrait, and, in Italy, families go back a very long way: some fine paintings have simply never left the possession of the original family. The Titian portrait of a cardinal that I once saw at the home of a classmate of my daughter Ross was there because the cardinal was an ancient, distant relative of the family.

My husband’s family is neither wealthy nor noble, but we nonetheless have some paintings to remember them by. These are hung in the most “formal” area of our house, while – in deference to my American sensibilities – photos of friends and family run up the walls along the stairs to Ross’ room on the top floor. My aunt Rosie had a wall in her house covered in several generations of family photos; I liked being part of that, and, when she died, I brought back some of those pictures to add to our own picture wall.

I haven’t had an American-style studio portrait done since I was in college. We photos of Ross done a few times, but Enrico, Ross, and I have never yet had occasion to sit for a family portrait together. 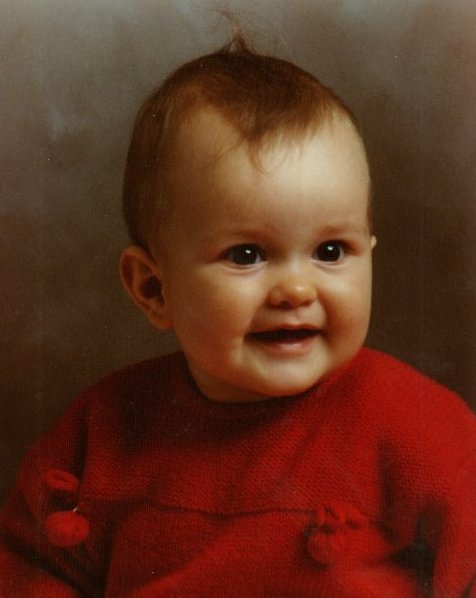 I usually feel uncomfortable in front of the camera, and am not convinced that the average studio photographer could accomplish a shot of me that I would like. So I was intrigued by the photos my dad and his wife Ruth had done at a photo studio near their home in Milton Keynes (UK). The results were terrific, and very different from the usual stiffly-posed studio portraits I’ve seen. And they had so much fun doing it that Ruth gave gift packages, first to her sister and brother-in-law, then to me and Ross during our recent visit.

photo at top: Ross ready for an evening out. Over her shoulder you can see one of the portraits we had done when she was small.