Above: a monument to Varenna’s WWI dead. If your last name was Pensa (“think”), why would you name your child Innocente? Monuments like this also give clues to names which were once common but have now fallen out of popularity: Gaspare [GAHS-pah-ray], Eliseo [ell-lee-ZAY-oh], Oreste [oh-RES-tay], Sigismundo [sih-jiss-MOON-doh] and Corrado [cor-RAH-doh] are very rare today. 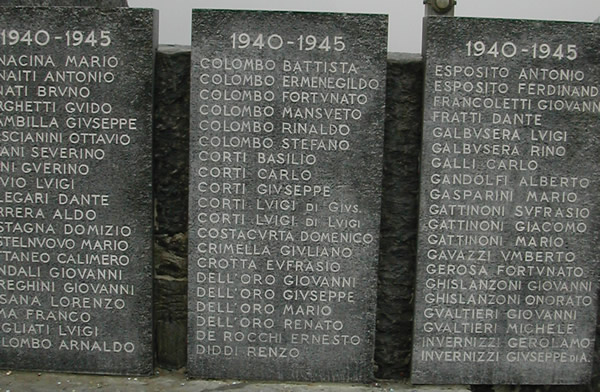 War memorial in Lecco: more names which are now rare (and might be considered funny): 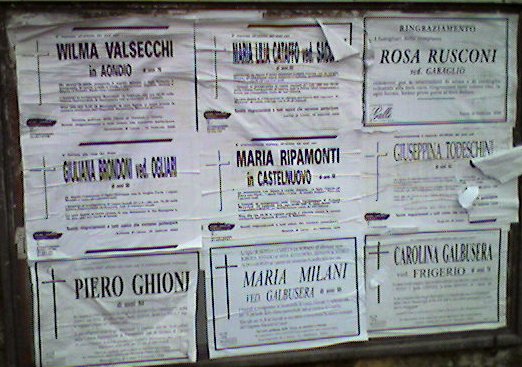 Wilma [VILL-mah] and Giuseppina [jews-ep-PEEN-ah] would be considered old-fashioned. Carolina [car-oh-LEAN-ah] is still current (my daughter has been at school with at least one Carolina). 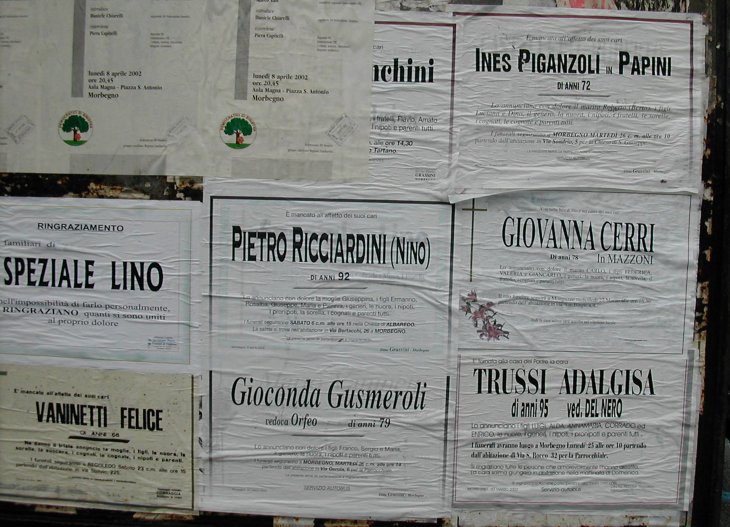 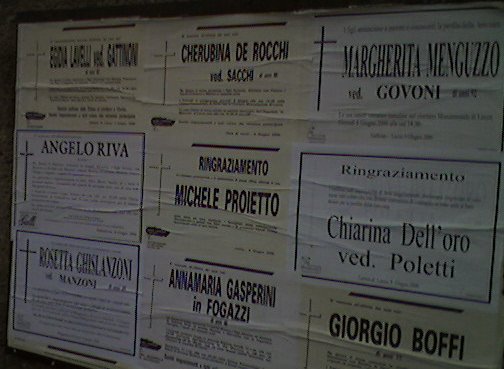 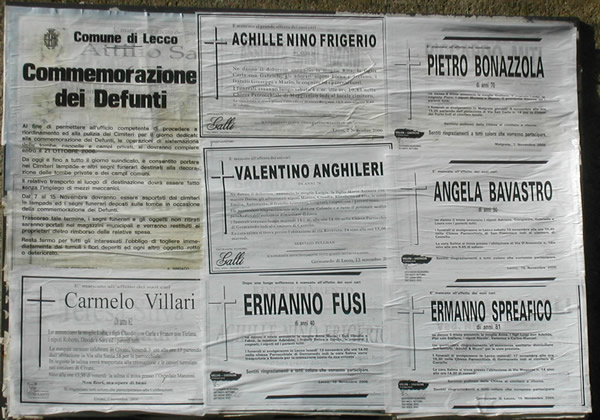 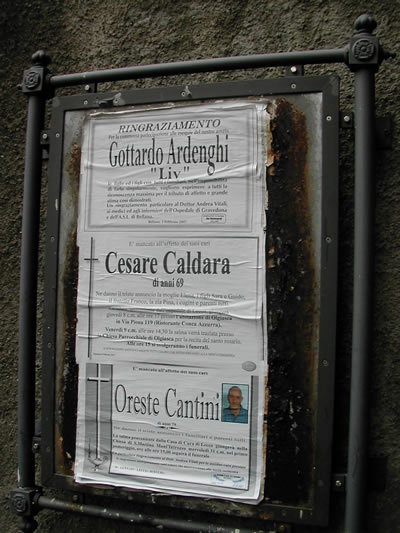 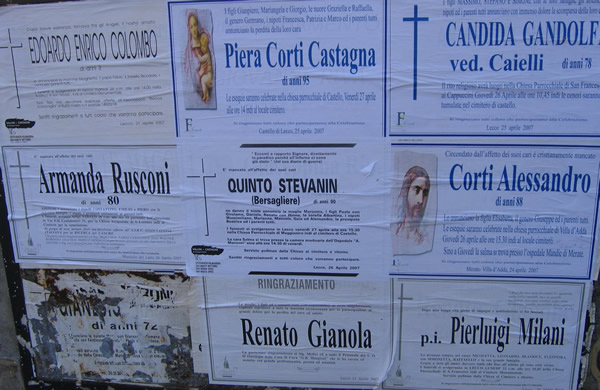 Anything you can add on the lore and history of old-fashioned Italian names will be welcome!