^above “Queen Hope, widow of Wells” – she lived a good long life!

Il Corriere della Sera reports today that Italy has the largest number of surnames in the world: 350,000. The ten commonest surnames cover only 1% of the population. And, with many surnames, you can also tell something about its origins by its ending.

Italian surnames are fascinating, and sometimes very funny. Some of the best don’t seem to have emigrated to the US, though Americans trying to pronounce their Italian surnames can also be funny. I met a photographer in Connecticutt with the wonderfully romantic surname “Mezzanotte” (Midnight). An Italian would pronounce this Med-za-NOT-tay, which also sounds lovely. He pronounced it Mezza-note, which doesn’t.

One of the most common surnames in Lombardy is Fumagalli, which translates literally as “smoke the chickens.” That is: blow smoke into the henhouse to stun them, so they don’t make noise while you’re carrying them away. I guess chicken thieving was common in Lombardy, hence the popular Italian saying, Conosco i miei polli (“I know my own chickens”), used when you can predict how someone will behave or react, because you know them so well. 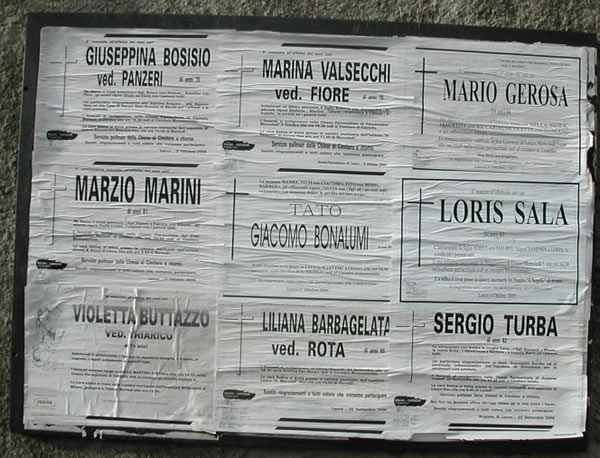 I can’t think of examples of names in America which have a funny meaning, although some non-English names sound funny or rude to an English speaker, such as the Jewish Lipschitz or Indian Dixit (pronounced Dickshit). In Italy, there are many names which sound funny or odd even to Italian speakers, and leave you wondering how somebody’s ancestor acquired it. Examples:

Then there are the surnames which Italians fervently wish they could change, and go to great lengths to do so (it’s not easy to change a name in Italy), such as Finocchio – “Fennel,” but it’s also common slang for gay. Most red-blooded Italian males don’t want this one!

A friend of ours once worked in the office in Rome where name changes are (rarely) approved. He told us the most egregious case he ever came across was the name “Ficarotta” – broken cunt. The change was allowed. 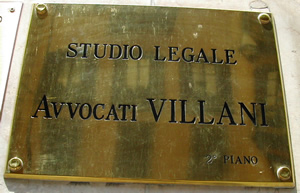 ^ “Macelleria Pancioni” would be literally translated as “big bellies butcher,” though Pancioni is probably a family name.

Many Italian surnames are also common words, so the potential for comedy is enormous when juxtaposed with the person’s profession, residence, or spouse. One of the funniest books we own is Mal Cognome Mezzo Gaudio, by Antonio di Stefano. The title is a pun on the saying Mal commune mezzo gaudio (A shared sorrow is half a joy); cognome means surname. The book is a treasure trove of funny names and even funnier combinations. But he missed one of my old favorites, a shop near my in-laws’ place in Rome called Enoteca Bevilacqua – the Drinkwater Wineshop.

Another name that’s funny on its own is Cazzaniga. This Lombard name may not actually mean anything, but it sounds close to cazzo negro – black dick. So there’s a common joke about it: Cazzaniga? Che nome lungo. (“What a long name.”)

where do people with your surname live in Italy? 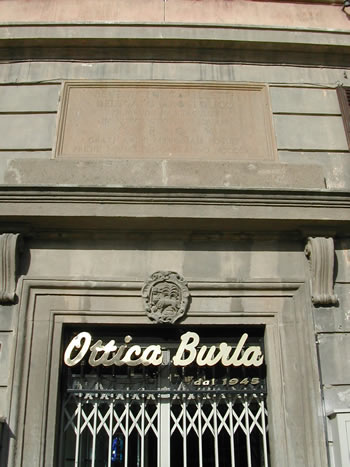 ^ I assume this optical shop is named for its owner, whose surname means a joke or a trick. 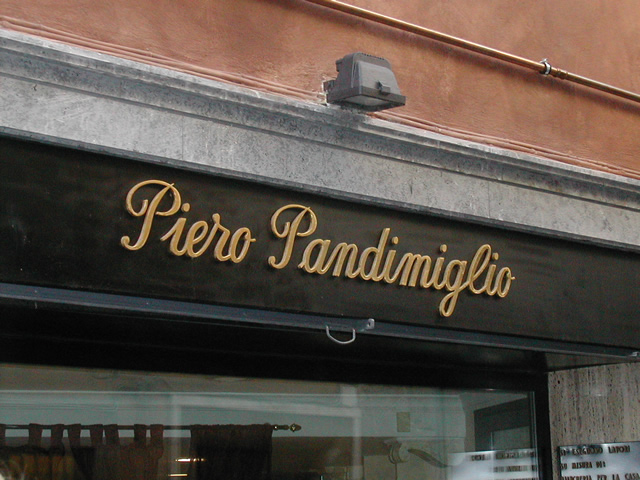