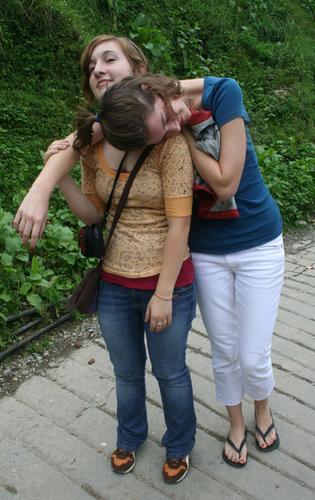 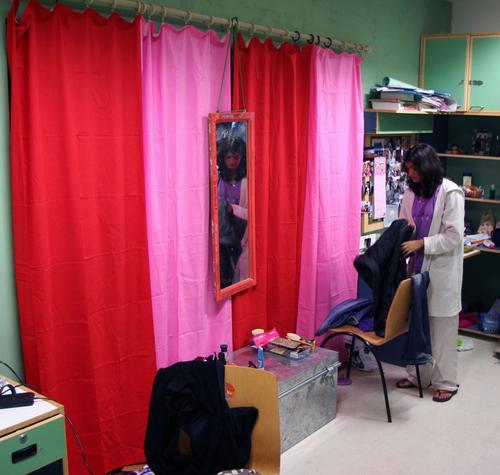 Certain habits, like red and pink, one never loses.

MomComm: A few years ago, Midlands, the girls’ dormitory, was rebuilt from the ground up, though in the same “footprint” it had always occupied, including the bizarre “bell tower” which has never contained a bell. Two floors were made into three, and the open roof of what used to be the senior floor was enclosed to keep out the rain and the monkeys. The thick, old stone and concrete walls gave way to thinner modern materials – no more deep, romantic window seats. And no more view of Witches’ Hill: the trees have grown up so high on that side of the building that you can’t see much out the windows even from the third floor.

The new rooms have color schemes: yellow, pink, green, blue, both on the walls and the plastic-laminated furniture which is attached to the walls and cannot be moved.

It’s new, modern, sparkling clean. And kind of sadly sterile. We liked being able to rearrange our furniture. Senior year, my roommate Lauri and I were considered kinky because we pushed our beds together in the middle of the room. Junior year, Ginny and I shared a small room that was usually a single. We put our dresser-and-wardrobe unit in front of the door so that Dham Singh, seeing it for the first time, remarked: “This looks like a railway ticket office.” 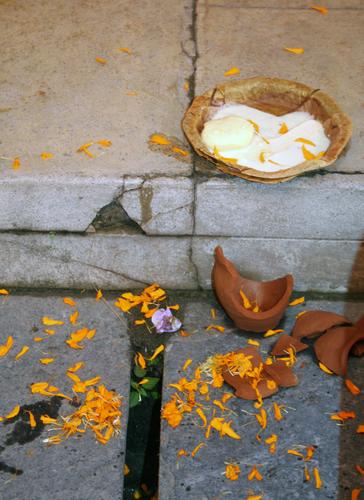