The local newspapers in Italy’s smaller cities and towns advertise with eye-catching headline boards, designed to be as sensational as possible. Usually one board reports two headlines of the day or week, and sometimes the juxtaposition is unintentionally funny.

The headline above says: “Struck by a toilet seat thrown from the train – Priest collapses at mass!” (Okay, I cheated a bit – colpita is in the feminine form, so we know the victim of the flying toilet seat was female.) 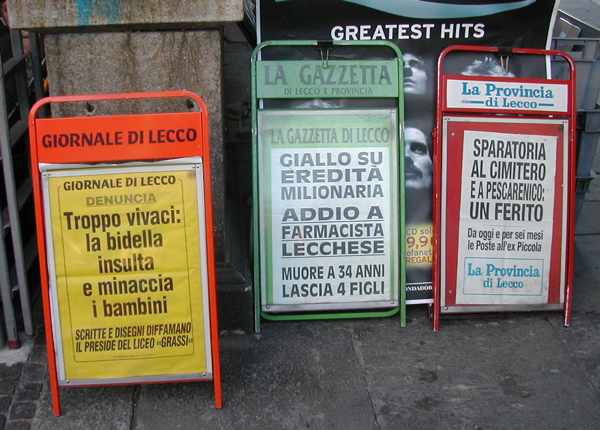 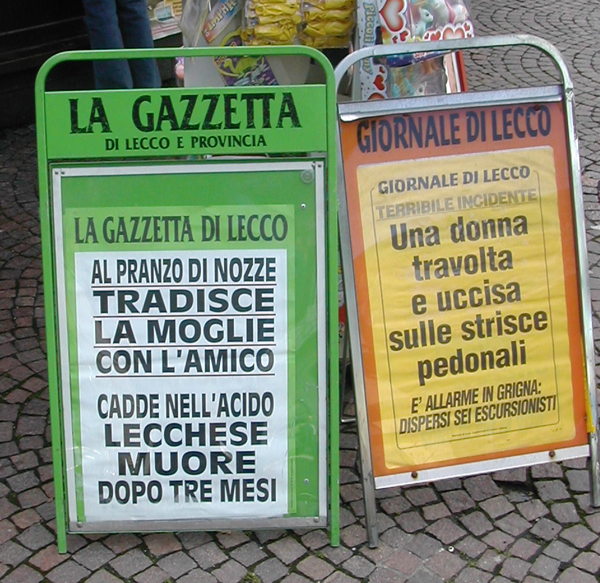 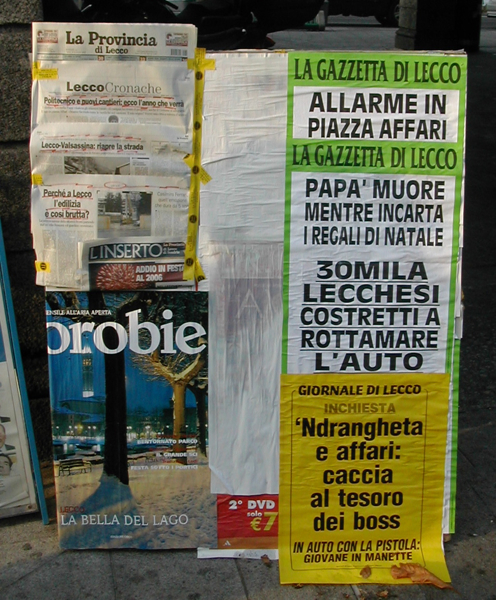 * As reader Marco Andreis points out, Piazza Affari is a real piazza in Milan, “just off via della Posta, a few blocks from Piazza Cordusio. Palazzo Mezzanotte, in Piazza Affari, was thei headquarters of the Borsa Valori di Milano, the Milan Stock Exchange. Nowadays, after privatisation, the Gruppo Borsa Italiana is located there.

So the name of the square was and is still used as a synonym of the Stock Exchange or, in a more general sense, of the Italian financial and business community. More or less as in the US, where Wall Street means the New York Stock Exchange.” 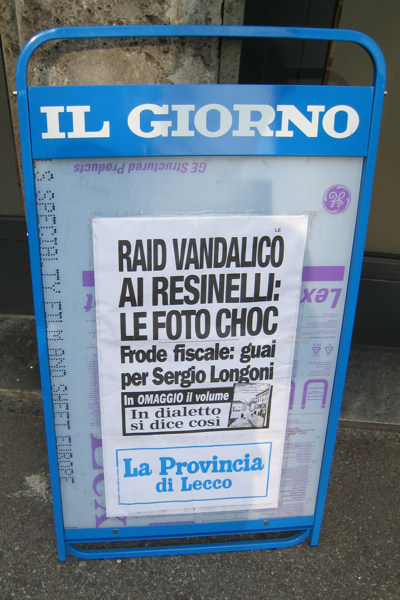