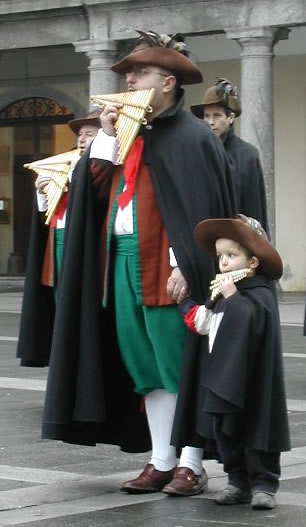 A survey cited by Zoomata says “a recent poll of 2,500 travel-industry professionals voted Italian kids the most obnoxious and unruly in the EU. … according to UNICEF, only 50% of parents [in Italy] reprimand their kids.”

I’d have to agree that many Italian parents are over-indulgent with their kids, and many young Italian children noticeably lack discipline and common courtesy. At my daughter’s riding school, I waged a never-ending battle to keep other people’s kids from running amok and scaring the horses during lessons. (Horses scare easily, and when they do, their riders often fall.)

This led to some surprising run-ins with small children. One three-year-old not only would not stop making noise, but gave me lip when I asked him to:

Me: “Stop that. You’ll scare the horses and someone could fall.”

Me: “Someone could get hurt!”

Another child, when I asked him to be quieter, said “No.”

I asked: “Where’s your mother?”

So I tucked him under my arm and carried him off to find her, to general astonishment. At least I resisted the very strong urge to spank him!

The teacher in my daughter’s elementary school put up with far worse. One boy called her a whore. She pretended not to hear, which surprised me. I’ve attended many schools, and in every one of them, that would have got the kid sent to the principal’s office, or suspended.