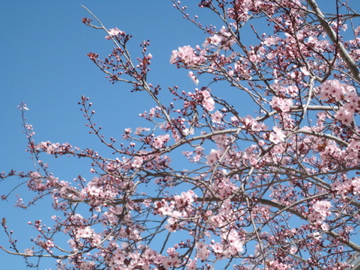 So I’ve returned to live (and work) in the USA. A number of people, particularly US immigration officers, have said: “Welcome home.” I am grateful for their friendly intentions, but “home” is not what the US represents for me. I’ve lived here only about a third of my life to date.

Having spent many of my formative years in Asia, I tried to come “home” to America once before, when I graduated from high school in India and entered college in the US. Like many third culture kids, I had felt out of place (though not unhappy) in the exotic countries I’d lived in, where I was very obviously foreign even after being there for years. I dreamed of returning to a country where I would feel wholly at ease and be accepted as a natural part of the scenery. It was a rude shock to discover that this homeland, for me and others like me, is a myth. Though I didn’t realize it at the time, I was a “hidden immigrant”: on the surface seemingly a local, but in reality a not-quite-native, which manifested in ways which confused and irritated the real Americans.

Not knowing how else to deal with the problem, I was relieved to go overseas again, to return to my familiar status as a foreigner: in 1991 I moved to Italy with my Italian husband and our daughter. When in 1993 I began travelling to the US for work, I had some cultural misunderstandings with my American colleagues. I didn’t realize at the time what was going on; I only knew that I found it easier to form friendships with non-Americans, or with other Americans who had lived abroad as I had.

Sometime during those years I attended a workshop by David Pollock at a Woodstock School reunion, and read his book on Third Culture Kids. Thanks to him, I learned that in fact I’m not quite American. Neither am I Thai, or Indian, or Bangladeshi, or Indonesian, though some aspects of those cultures (particularly Indian) probably inform my attitudes and behavior.

I also learned that it was my TCK background that had helped me adjust so superbly to my new life in Italy, absorbing the language, culture and history to an extent that sometimes startles Italians, including my husband (who doesn’t realize how much he himself has taught me). I’m not Italian, nor do I play one on television, but I’ve certainly been affected by my 17 years there. Among other things, Americans now tell me I have a “European” accent!

So this new American experience isn’t a homecoming for me. I don’t expect to feel like a native anytime soon, if ever. And that’s okay. I’m happy to approach this as an adventure in a new country, bringing to it the openness, curiosity, and tolerance for strangeness that have served me so well in other places and situations. And, though I’ve spent a lot of time in other parts of the US, Colorado and the west (east of California) are new to me – there’s plenty to explore and discover here.

I expect from time to time to feel frustrated, alienated, and foreign. Every culture has its baffling quirks and attitudes. I also expect that I’ll find much to delight in, as I have in every country I’ve lived in or visited. And I’ll photograph, film, and especially write about it all, because I’m glad to have you folks along on this new odyssey!

9 Replies to “Coming “Home” to America”