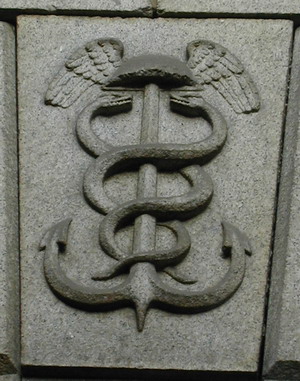 You haven’t heard from me in a while (and I may not be very coherent today) because I’ve been seriously ill for two weeks now, with a lung infection that came on during a nasty flu. I’m now doing a course of injected antibiotics (the oral ones didn’t make a dent); let’s hope that works. I am really bored of being mostly in bed, though perhaps it’s fortunate that I’ve also been too tired to mind it too much.

This gives me occasion to reflect on something that works very well in Italy: the public health system. I don’t understand everything about it, and the details change from time to time, but here’s what it looks like from one patient’s perspective:

Everyone has a general family doctor assigned in their neighborhood (mine is right across the intersection) who has visiting hours every weekday. When needed, you go there, wait your turn, and see the doctor. The fact that you can’t make an appointment is annoying; I call ahead to see how many people are already there, trying to go when it’s less crowded, but often end up waiting an hour anyway.

The doctor has a computer hooked up to the local (city) health database. I don’t know what all is in there, but it certainly contains my name and the fact that I’m eligible to be in the system (since I’m a foreigner, this isn’t automatic; I have to be a legal resident and pay the national health tax). Everybody’s vaccination records are in there; kids are not allowed to go to school until they’ve had all the required shots. Presumably there is also a listing of all the medical services I have had.

Prescriptions for medicines covered by the system are printed out onto official government prescription forms, with your name and national health number included. All the doctor has to do is sign and stamp it. At the pharmacy, a peel-off label from the medicine package is stuck onto the prescription; this entitles the pharmacy to reimbursement. Many medicines are paid for entirely or partially by the national health system when prescribed by a doctor; some are not. I have no idea what logic determines which are covered and which aren’t, and the list seems to be in constant flux.

If you need tests or to see a specialist, the doctor gives you a form, and you go and make an appointment for it. You generally have a choice of providers for these services; many private providers are convenzionati, meaning they can be paid by the government for treating you. Delays can be lengthy for non-urgent tests and visits, but things move very quickly when necessary. A few years ago I had a lump scare. My doctor gave me a special emergency form which entitled me to an appointment within 48 hours at any clinic I chose. I saw a breast cancer specialist the next day, who drained the cyst in my breast, and that was the end of it.

Some family doctors will also make house calls during working hours. If you get sick in the middle of the night, but are not sure it’s serious enough to go to the emergency room for, you can call the Guardia Medica, which generally gets a doctor to your house within an hour at any time of the night. This is especially comforting to parents when a small child suddenly has a high fever at 2 am, and worth the small fee you pay for the visit.

Turns out that I have a “small pneumonia.” I hadn’t previously understood my doctor’s term focolare; I think it means a “hotspot” of infection in the lung. On Tuesday she gave me the magic form to have an x-ray done in a hurry (“I want to see what’s going on now, not ten days from now”), which I had yesterday evening. The technician said that at a glance he didn’t see anything particular, but would call if anything was found later, otherwise I can pick up the x-ray and final report on Monday. I’ve finished the second round of antibiotics and am feeling somewhat better, fever’s gone and I’m coughing less, though I’m still dragged-out tired. I need to continue resting, though I’m extremely bored with being in the house all the time. At least I’m feeling well enough to write now. Thanks to those of you who sent get-well wishes.

One big aspect of Italy’s national health system that I forgot to mention previously: it’s available to EVERYBODY. There’s no nonsense like asking for insurance information while you’re bleeding in the emergency room (they do ask for your national health card, but if you don’t happen to have it on you, no one cares). And there’s no such thing as being uninsurable because of pre-existing conditions. You’re in the system and you get treated, period. Quite a few people not in the system, i.e. illegal immigrants, also get treated.

I met a guy once in Austin, Texas, who was undergoing an extremely expensive experimental treatment for multiple sclerosis. He could not change jobs, because that would force a change in insurer, and no new insurer would take him on, knowing they’d have to take on that expense. There is something very wrong with this picture. You can only be insured if you’re healthy?

This ties in with the privacy concerns that Brin addresses. Medical records stored in electronic format can be hacked into and viewed by people other than our doctors. One risk is that a company might decline to hire you after learning about an expensive medical condition that they wouldn’t want their insurance to have to cover. In America this is a legitimate fear; your career mobility and life could be ruined by leaked information. The answer to this is the Italian (and British, and Canadian, and…) one: a national health system, where you’re insured no matter what you’ve got.

When I wrote the above some time ago, a few people responded with challenging questions, which I did not mean to duck by leaving the topic alone for so long! So here they are, with my inexpert answers:

Not much. Italian scientists in all fields complain that there is not nearly enough R&D funding for them to do serious research, and what little there is, is not shared out according to merit. Much of Italian science, and especially medicine, is under the control of “barons” in each field; as with so much else in Italy, who you know is far more important than what you know. The result is that many researchers flee to the US. Italians win Nobel prizes from time to time, always to loud plaudits in the Italian press. But, by the time they win, they are usually emigrants. Last year’s Italian Nobel winner (I think in medicine) had actually been living and working in the US for over 20 years. Rita Levi-Montalcini is unusual in that she came back to live in Italy at some point, but I believe she was no longer doing active research by then; she won her Nobel for work done at Washington University, St. Louis.

So, no, not much original medical (or other) research comes out of Italy, and it’s likely that Italy’s public health system could not advance without the help of research carried out elsewhere.

Would the Italian system pay for experimental treatments?

I simply don’t know the answer to this one; I’ll keep my ears open and see what I can find out.

US healthcare: hazardous to your health
The Techies Project
Brave?
How I Knew I Had Cancer