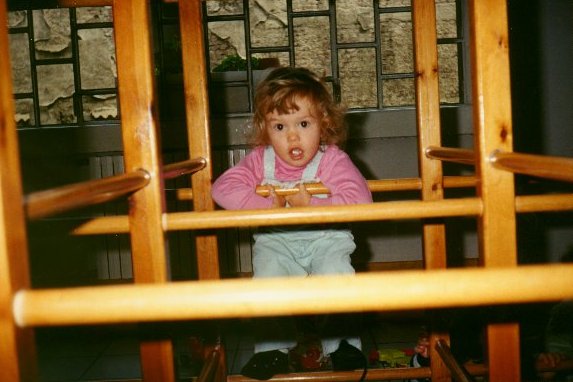 When we arrived in Italy in December, 1990, our daughter Rossella was 16 months old. I had been full-time at home with her for most of her life, except for two months of increasingly long hours in a parents’ cooperative daycare center at Yale in late 1990, when I needed time to pack up our house and make other arrangements to move. Ross, although the youngest in the group, had been happy in daycare: she enjoyed being with other kids, even though she wasn’t walking yet and had to crawl after them to participate in their play! So, when we were settled in Milan, I decided it was time for me to go back to work, and I did not expect Ross to have any problems with daycare.

Under Italian law, working mothers have paid maternity leave for the first six months of a child’s life. For ages six months to two years, there are government-subsidized daycare centers (asili nidi – literally “nest asylums”). Unfortunately, in the years before our arrival, there had been a decline in births in Milan which had led to many of these public asili nidi being closed. Then there was a sudden rise in the birthrate around the year of Ross’ birth, so when we arrived in Milan, mid-year, there was no space available in the nearby asilo nido.

My in-laws kindly paid for a good private asilo called Ciao Bimbi (“Hi, kids!”) which Ross attended for two years – after a slow ramp-up. Italian daycare and preschools strive very hard not to traumatize the kids in their first experiences away from home. Every new child goes through a period of inserimento (“insertion”), attending for two hours the first day, three the second, etc. – with a parent standing by to be called in case of need.

As I dimly recall, Ross got through the inserimento quickly and was very happy at Ciao Bimbi. It lacked any outdoor space for the kids to play in, but there were huge indoor spaces complete with climbing equipment (photo top).

We were particularly pleased that, wanting to emulate her peers, she practically toilet-trained herself and was out of diapers within a couple of months of starting at Ciao Bimbi: we didn’t have to do a thing except make a potty available at home.

The teachers were wonderful, and Ross remembered them with affection for years. 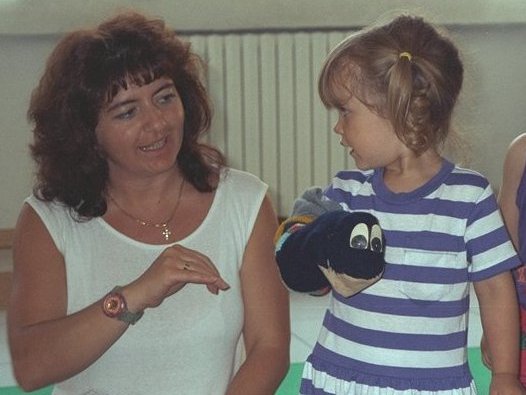 The class had adventures beyond Ciao Bimbi, such as swimming lessons, which Ross took to like the proverbial duck to water. We were amused to note that she was the only kid smiling in the school swimming pictures! (I was also amused that this swimming pool was in the basement of an urban building – you had to swim around the building’s supporting columns!) 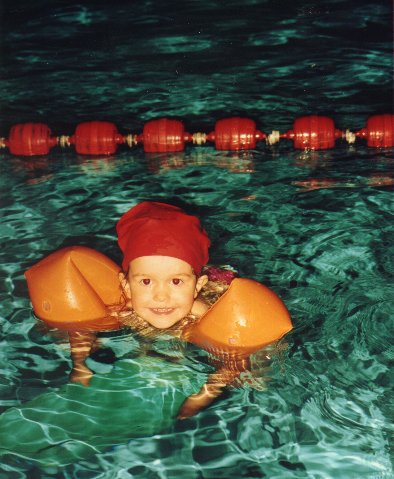 The only problem with Ciao Bimbi was that it was a long way across town by bus, so I had a trek every day to get her there and back again. It was a financial and commuting relief when, at age three, Ross was able to transfer to the preschool near our home.

Nowadays, a fashionable (and expensive) asilo like Ciao Bimbi would, as a matter of routine, offer insegnanti madrelingua inglese (mother-tongue English teachers): every Italian parent recognizes the value of learning English, and the value of starting early to do so. However, this would be handled naturally, in the context of play and activities, not with formal lessons.

Memory, Truth, and the Stories of My Life