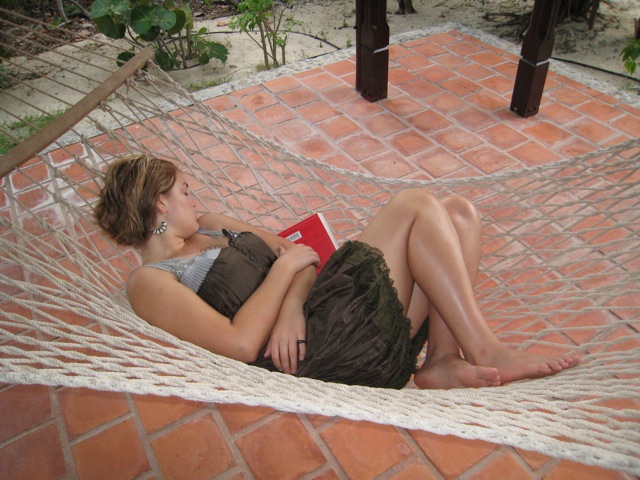 We last visited St. Barthelemy in December 2000/January 2001, when Jeet had just bought the property on Gouverneur Bay and threw a big New Year’s Eve party which reassembled most of the folks from the previous year’s Millenium Party in France. There wasn’t room for everyone at his place, so we fanned out across the island. I chose the cheapest hotel I could find, and that was still well out of my usual price range.

Before about 1997, I had never given much thought to an island vacation. My ideal holiday was to travel someplace such as India, where I had lots to see and/or old friends to meet. As an adult, I’m not a beachy type, though much of my childhood in Thailand was spent in the pool or the Gulf of Siam. Nowadays I don’t like swimming because I can’t see without my glasses, and I’ve learned that it’s not wise to let my fair skin burn.

But sometime during the dot-com boom, when I had been traveling from Italy to California four times a year for work, a lying-on-the-beach kind of vacation began to look appealing. Our first stab at it was Martinique, where we found plenty to do, but also spent a lot of time lounging and being served rum drinks, watching Ross splash in the pool with some French kids her age (who christened her “the Italian mermaid”).

We next went to Saint Maarten, where there was even less to do (though lots of good food to eat), and we enjoyed not doing it.

We spent Christmas of 2000 in Saint Maarten again, this time staying at the nudist beach, on our way to St. Barth’s. Liv Tyler and Puff Daddy tried and failed to crash the party, but it was thrown open to the public for the second set of music by the Afro-Cuban All Stars, and it seemed that the entire population of the island arrived, causing a historic traffic jam.

Since then, I hadn’t had opportunity nor great interest in returning to the Caribbean, but Jeet’s invitation came at exactly the right moment. I’d been planning to spend Thanksgiving in Austin with Ross, knowing I’d be exhausted after a very intense month of work for Sun. An island vacation isn’t quite the extravagance it seems when all you have to pay is the airfare – we were invited to stay at Gouverneur Bay. Along with as many other people as will fit; Jeet likes to surround himself with friends. (So do I, for that matter, though I don’t have quite as tempting a place to invite them to.)

It’s taking me some time to wind down (especially with a large layoff at Sun looming on the horizon), but this place is amazing. I hope eventually to remember how to relax. Let’s see, 11:48 am… a little early to get into the vanilla rum…

2018, a Retrospective in Pictures
Port Douglas: “Could Be Worse…”
In and Around Newcastle, NSW
Beach Memories

4 Replies to “St. Barthelemy: The Return”