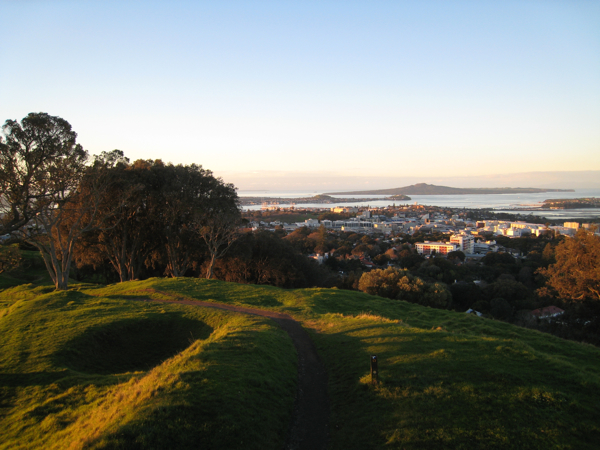 My first and last stops in New Zealand were in Auckland, where I stayed with Mark and Annie (Mark is Woodstock class of ’78, both have been on staff), though we barely knew each other – we may have met during one of my visits to the school, and Annie and I worked together (at a distance) on the Woodstock history, but none of us remembers too clearly.

At any rate, Mark picked me up at the airport upon my arrival from Brazil (via Buenos Aires) and remarked: “Whenever I come to the international terminal, it’s to pick up someone I don’t know.” Woodstockers are like that.

The statue of a woman on the rock in the water commemorates a local legend for which the town is named. “Whakatane” means (roughly) “does the work of a man” – she single-handedly saved a big war canoe from slipping out to sea. Or something.