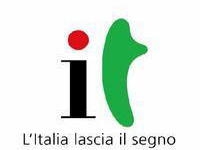 The Italian government (just before it fell) launched with great fanfare italia.it, the country’s new tourism portal, along with a logo which:

As for the website… oh, dear god. They reportedly spent 45 MILLION euros for a site that lacks basic features (such as an RSS feed) that we have come to expect from a modern website. It has technical problems which anyone in Italy who knows anything about the web (and that’s a lot of us) is gleefully (and ruefully – our tax euros wasted!) tearing to bits.

Given my own skills and biases, what I first noticed was the English translation. Here’s a sample paragraph which I did not have to look hard to find:

For having more precise vision click on “+”: in this way it will be visualized an historical period in the detail.
For having, instead, one vision of entirety click on “-” and the period will be visualized a large historical period contain more events. The period comes shown in the Timeline to the right of the zoom: the blue bar will increase or decrease the dimension based on your choice.

This kind of laughably bad translation, like the manuals we so often see with Chinese electronics, gives the consumer no reassurance that there is anyone competent standing behind the product (the product, in this case, being Italy).

^ Someone else in need of a good translation service. The title on this clip in YouTube is "Rutelli inglese maccheronico" – Rutelli’s maccaronic English. Maccheronico (maccaroni-like) is the term Italians themselves use for heavily Italianized English (or other language).

Until a few weeks ago, I might have said that my Italian was good enough that I could translate an English text into decent Italian – not quickly, but I could do it, in fact had been asked to do it several times at the office (we have an office full of Italians, why ask me?).

Then we put this supposed skill of mine to the test. Ross is applying to attend Woodstock School next year. The application form includes recommendations to be done by various teachers and other people at her current school, none of whom (except the English teacher) reads or writes comfortably in English. So the form needed to be translated into Italian.

I took a first cut at it, and thought I had done a reasonably creditable job. Then Ross took it in hand, and came out with something completely different. I realized that my translation had been understandable, and grammatically fairly correct, but probably about as funny to a native Italian speaker as the text above is to a native English speaker.

Around the same time, Antonio, one of the delightful people I met at barCamp Roma, commented about me on his blog: Cavolo l’ho sentita zittire e mettere in riga decine di uomini con un italiano corretto, ma inglesissimo! – "Cavolo! I heard her shut up and straighten out dozens of men in very correct – but very English – Italian." Okay, I’m slightly embarassed about the shutting up and straightening out (not exactly my intention, but definitely my character). But the very correct and very English Italian… hmm.

I stand before you now, chastened and humbled: my Italian is good, but I sure as hell don’t speak or write like a native.

And this is a lesson that many Italians have yet to learn. Just because you can read and understand another language well, and maybe even translate well from that into your mother tongue, does not mean that you can translate in the other direction with comparable competence. If you need a text to sound professional and persuasive, leave it to an expert. 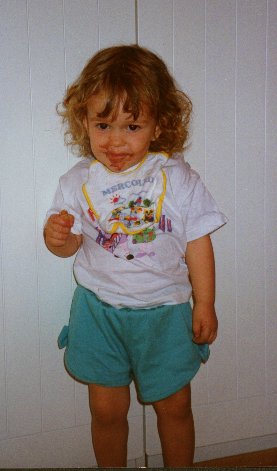 Our daughter is bilingual in English and Italian, and some people have asked “how we did it.” There really wasn’t much to it. While I was pregnant, I read the only bookÂ  I could find on the subject (The Sun is Feminine Amazon UK | US), which happened to be written (in English) by a German linguist married to an Italian. She suggested following the “one parent, one language” rule: each parent should speak only one language (preferably his or her native one) with the child, right from birth, so that the child is able to identify each language with a specific person, and thereby learns to keep the languages separate.

So that’s what we did. For the first 15 months of her life, Ross was mostly in the US, from then on she was mostly in Italy, but, wherever we were, I addressed her only in English, Enrico only in Italian. Enrico and I communicated in English, as a matter of habit – I didn’t speak Italian when I first met him! But when we were with Italian speakers I spoke Italian, and Ross heard me doing it. So by age three she decided that, while she could understand English perfectly well, there was no need for her to go to the effort of speaking it, since it was obvious that everybody understood Italian. I would always speak English to her, and she’d always reply in Italian. Heads would turn on the street as people tried to understand what was going on.

The summer she turned four, we took her on a trip to other parts of Europe, visiting various friends. One couple were English and German, raising their own bilingual kids in Germany. Rossella realized that she had to speak English to be understood by these adults, but for some reason she remained convinced that all children spoke Italian. My friend’s son, the same age, was similarly convinced that all kids must speak German. They struggled for days to communicate, until Ross finally said to him, in great frustration: Ma tu devi parlare inglese! (“But you have to speak English!”)

We didn’t have a TV for the first couple of years we were in Milan; we got one around Ross’ third year so that she could hear more English, on videotape. We got a multistandard VCR so we could watch films imported from the US, and built up an impressive collection of Disney movies. (Fortunately, Enrico and I liked them, too.)

If Ross were growing up in the US, it would probably be difficult to get her to speak Italian. Many American schoolkids don’t value the ability to speak a foreign language, and of course no child wants to be observed doing something uncool or different. But, in Italy, she gets lots of positive reinforcement for being bilingual. When she was in elementary school, her friends’ parents used to say: “Go play with Rossella and learn some English!” And everyone tells her how lucky she is to speak it so well.

We know several other multilingual families, and it’s interesting to observe which language the kids will drop into, depending on environment or what they’re talking about. In one family we know, she’s a multilingual Italian (speaks Italian, English, French, and Spanish fluently), he’s German. Between them they communicate in English, the only language they have in common. He speaks only German to the kids, she only Italian. So they hired an English-speaking nanny, and the kids are trilingual. Another couple are Americans whose kids were born in Italy, attended Italian schools, and spoke English at home. The parents sometimes spoke French as their “secret” language when they wanted the kids not to understand something, which motivated the kids to learn French! (Ross has been taking French in school; many schools offer English and a choice of French or German.)

It’s no longer necessary to maintain linguistic purity for Ross’ sake, so our family language has become an idiosyncratic mix that still causes heads to turn. I was wondering recently why people stare at Ross and me in the subway when we speak English; English speakers are not rare in Milan. Then I realized that they’re probably staring because we’re not speaking pure English; we blend it freely with Italian, especially when talking about activities that take place in Italian, such as riding or school.

Being bilingual has disadvantages. I sometimes realize after the fact that I’ve said or written something that was far too literal a translation from one language or the other. An American friend, who’s been in Italy even longer than I, once said to me: “I’ll make a jump at the new house on my way back.” This sounded weird in a way that I couldn’t immediately put my finger on. Then I realized that she had translated literally the Italian “Faro’ un salto;” Italians use “make a jump” the way English speakers use “stop by.” That’s what she meant and what I, being fluent in both languages, heard. Anyone who wasn’t bilingual in English and Italian would have been thoroughly confused.